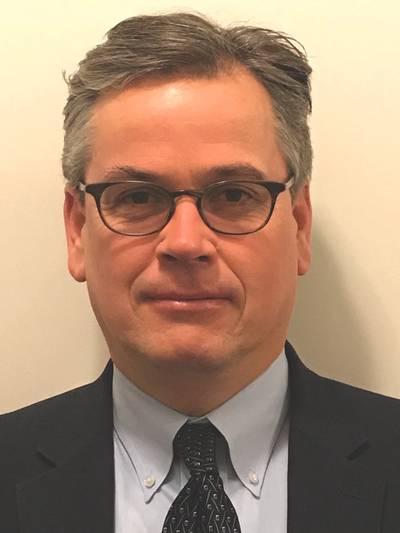 MTR caught up with David Millar, Government Accounts Director, Americas, Fugro, to discuss the company's involvement in Seabed 2030, among other matters.

I read with interest Fugro’s support of GEBCO’s Seabed 2030 initiative. For those not aware, can you describe the project and Fugro’s role in it?
Despite the fact that mankind has produced high-resolution maps of the moon and Mars, more than 80 percent of the world’s oceans remain unmapped using modern survey methods. The Nippon Foundation-GEBCO Seabed 2030 Project is a global initiative that aims to correct this data shortfall by producing a definitive, high-resolution bathymetric map of the world’s oceans by the year 2030. The project originated during the 2016 Forum for Future Ocean Floor Mapping in Monaco and became operational in February of this year under the leadership of The Nippon Foundation and GEBCO [General Bathymetric Chart of the Oceans]. The goal of the project is to enhance global policy decisions, improve ocean sustainably, and advance scientific research.

A project of this scale can only be successful by focusing and coordinating the efforts of governments, academia and the private sector. Fugro has been leading private sector involvement through our participation in the development and review of the Seabed 2030 roadmap and business plan, through our work on the Seabed 2030 Establishment Team, and most significantly, through our commitment to contribute data to the project. We have begun acquiring and contributing high-resolution multibeam bathymetry data collected from Fugro vessels during transits in and between projects. In addition to these crowd sourcing efforts, we have also initiated a dialog with Fugro clients—who generally own the data we collect on their behalf—regarding the contribution of their existing multibeam bathymetry data to Seabed 2030. 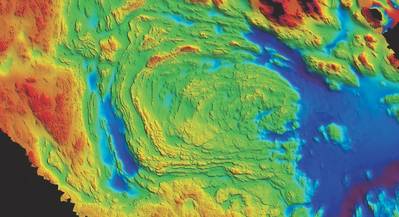 As Fugro is a business, and data – particularly data that does not currently exist – is a valuable commodity, what is the point of ‘donating’ the data to Seabed 2030 as opposed to using it for your own commercial end?
A significant portion of our business is derived from the ocean, and given that Seabed 2030 will help inform global policy, improve sustainable use and advance scientific research of the oceans, it only makes sense that we not just support, but also actively engage in Seabed 2030. As a global company operating in and on the oceans, our participation is socially responsible, contributes to ocean stewardship and, quite simply, is the right thing to do.

It is our belief that Seabed 2030 will not eliminate the need for our marine site characterization services, but rather increase its demand. Only through a comprehensive mapping of the ocean will areas of interest become known, and we fully expect that within those areas of interest, Fugro’s high resolution mapping services will still be required to support our customers’ projects and activities. Even before this, however, we anticipate that crowd sourced bathymetry data will not fully map the oceans, and Fugro hopes to participate in the ocean basin mapping campaigns that could inevitably be part of Seabed 2030.

That said, how is Fugro benefitting tangibly from participating in the project?
Even though our participation in Seabed 2030 is very new, Fugro is already benefiting in multiple ways. First, I think it is safe to say that our brand is enhanced through our participation in, and leadership on, such an important and socially responsible project. Second, the publicity that we are receiving regarding our participation in Seabed 2030 helps promote our capabilities and services, particularly our Remote Services and Ocean Mapping Services. Finally, I think our staff are genuinely proud to be involved in such an important and relevant global initiative. They truly appreciate the opportunity to “give back” to humanity through our work and actions.

Walk me through the creation of Fugro OARS: what was the impetus to create OARS?
OARS stands for “Office Assisted Remote Services” and refers to a cloud-based technology that enables qualified staff working in centralized command centers to perform offshore survey tasks as if they were physically on board the vessel. The system was conceived in response to market demands for reduced survey costs several years ago and is now fully functional, with three command centers strategically located around the globe, operating 24/7, 365 days a year. OARS is instrumental to our Seabed 2030 crowd sourced bathymetry methodology, making it possible for us to collect in-transit data with minimal impact to our normal business operations.

Aside from feeding Seabed 2030, how is Fugro using OARS?
Fugro is working with clients to implement OARS on projects all over the world. We have utilized the technology on rig moves, barge operations, geophysical and hydrographic surveys, and subsea inspection, repair and maintenance projects to name a few. The immediate benefits to our clients are a reduction in vessel POB [people on board] levels, HSE [health safety and environment] exposure, and logistical requirements for personnel mobilization.

Today it is on two ships; tomorrow four ships … what is the long-term vision for OARS?
In terms of in-transit data collections, we started off slowly, originally working from just one vessel since the fall of 2016 to develop the systems and processes that would support remote command and control of multibeam data acquisition, as well as upload and transfer of these datasets. Once the capability was proven and documented, we implemented the approach on a second vessel in the fall of 2017, and most recently added the capability to two additional vessels. We ultimately plan to scale this up across our global fleet of survey vessels, so that all are contributing crowd sourced bathymetry data to Seabed 2030 as they transit between projects. The same service can be modified and offered to cruise lines and maritime shipping companies, who obviously operate vessels that are already equipped with satellite communications and navigation systems. 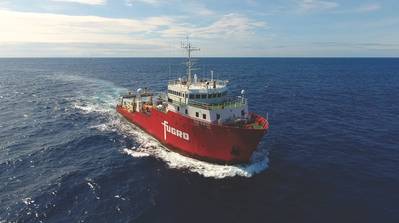 With the demand for geophysical data perhaps blunted by the offshore energy downturn, discuss where, today, you see opportunities for your products and services.
There is no doubt that the offshore energy downturn has been hard on Fugro and other companies that were heavily focused in that sector. Even in the downturn, however, Fugro saw an expansion in our seabed seeps mapping (a type of geophysical survey) business and, in recent years, we have been surveying in excess of 1,000,000 km2 per year for customers who continue to invest in frontier exploration programs. Similarly, we have seen continued expansion of both marine site characterization and asset integrity activity in support of the offshore wind energy sector, which helps to diversity our overall portfolio. In general, however, we see increased demand for reducing the human footprint offshore, while producing more efficient and more cost-effective operations. As a result, we are developing and offering services with increased automation, not only in terms of autonomous and unmanned vehicles, but also in terms of command and control technologies, such as OARS, and processing techniques, such as artificial intelligence machine learning.

How has the energy swoon impacted Fugro? How is Fugro most the same, most different, from five years ago?
Fugro is a leaner, more customer-focused organization today than it was five years ago. The offshore energy downturn has forced us to improve our organization, improve our innovation, improve our staff, and standardize our operations. OARS is but one example of an innovation that was implemented in response to the energy swoon and the need to increase operational efficiencies. Our customers have benefited, however, as they now have a tiered service offering that ranges from unmanned operations to fully manned operations. We are still a global company that provides customers with services locally, but we are doing so in a smarter, more efficient manner that focuses on integrating Fugro services into site characterization and asset integrity solutions.

How is Fugro investing today?
Fugro continues to focus on research and development and technology innovation. Despite the offshore energy downturn, we have maintained the same level of R&D investments [as a percentage of revenue] and we are innovating in key areas. As mentioned previously, we see the markets seeking increased automation and as a result, we are working with clients and scientific partners to further the capabilities of automated vehicles, automated command and control, and automated processing.


(As published in the April 2018 edition of Marine Technology Reporter)