CGG, a France-based provider of seismic data for oil and gas exploration and production, has kicked off a new multi-client 3D survey in the Northern North Sea.

The survey will provide a second azimuth over CGG’s existing Northern Viking Graben (NVG) multi-client 3D survey and extend into open acreage on offer in the UK 32nd License Round.

The new survey will acquire approximately 2,000 sq km of additional data in an E-W direction. This new data will be processed together with the existing N-S data, using CGG’s latest velocity modeling and imaging technology, to produce a dual-azimuth volume, CGG said.

CGG said: "The added azimuth, together with CGG’s advanced processing, will specifically address and improve the imaging of multi-directional fault patterns prevalent in the region. Improved resolution will help resolve complex and marginal reservoir stratigraphy."

Sophie Zurquiyah, CEO, CGG, said: “This new survey is the first in a planned multi-year project. Leveraging our strategic partner, Shearwater GeoServices, it draws on CGG’s extensive understanding of the Northern Viking Graben and builds on our 44,000 sq km of existing coverage in the Northern North Sea.

"Our superior imaging of the new data by our dual-azimuth processing experts will further de-risk existing fields and unlock the potential of new plays, near step-out opportunities, and stranded fields.”

In a separate statement, Shearwater Geo said that the Northern Viking Graben (NVG) multiclient survey would take approximately one month to complete and is being conducted by the SW Amundsen vessel.

Worth reminding, CGG in January officially exited the marine data acquisition business with the completion of the previously announced sale of its vessels to Norway's Shearwater.

The transaction included the takeover by Shearwater of five high-end seismic vessels, and the five-year capacity agreement for marine seismic acquisition services between Shearwater and CGG became effective. 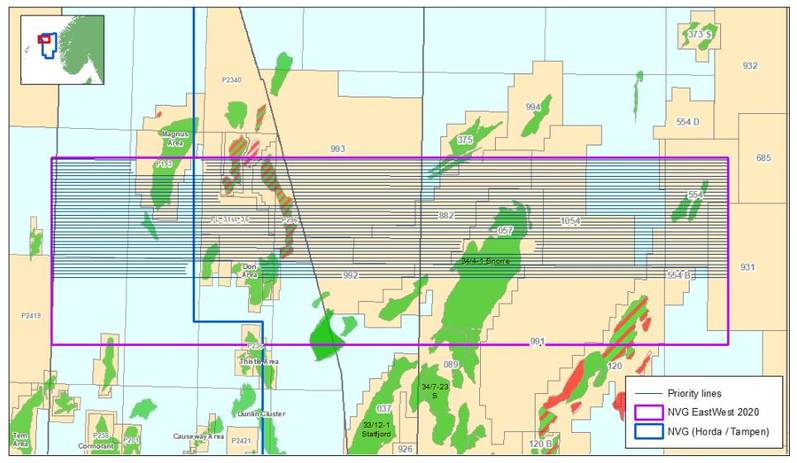