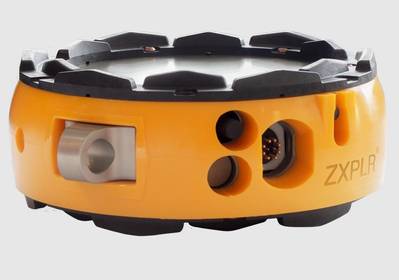 The project is expected to be conducted using our ZXPLR technology and last for a minimum of 14 months.

“We are very pleased to have been awarded this large OBN project, which potentially sets the stage for other projects in this region,” says Carel
Hooijkaas, CEO in Magseis Fairfield. Financial details were not disclosed.

Late in July, ExxonMobil said it had made two discoveries in the Stabroek Block, at the Seabob and Kiru-Kiru wells.

These were ExxonMobil's sixth and seventh discoveries in the block this year alone. The company's total number of discoveries in Guyana now stands at more than 25, with more than 11 billion barrels of oil discovered.

There are two FPSOs currently producing oil at the Stabroek Block - Liza Destiny and Liza Unity - and the oil output there has exceeded their initial combined target of 340,000 barrels per day.

Calecore provides offshore integrated site investigation solutions including geotechnical, geophysical, 2DHR, environmental and ROV survey services. Operating globally we undertake projects from our own fleet of vessels and clients assets and are specialists in Harsh and Remote working.