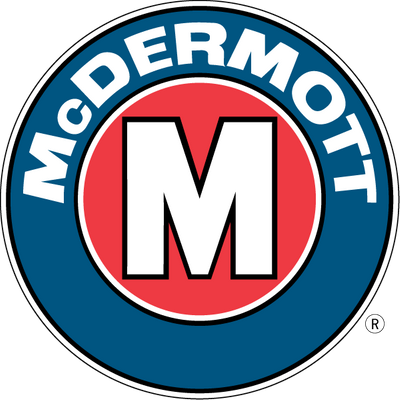 McDermott International, Inc. announced that certain of its subsidiaries have entered into an agreement in which McDermott has acquired all of the outstanding shares of the DeepSea operating companies. Terms of the purchase are not being disclosed.

Headquartered in London, England, with engineering offices in Houston, Europe and Asia Pacific, DeepSea’s specialty services encompass subsea engineering and project management and extend from the wellhead to fixed, floating or shore-based production facilities for oil and gas operators worldwide.

“The acquisition of DeepSea by McDermott enables us to offer a greater number of subsea engineers with broader specialist services to reinforce our own engineering, procurement, construction and installation capabilities in executing subsea projects worldwide,” said Stephen M. Johnson, Chairman, President and Chief Executive Officer, McDermott. “It also allows us to accelerate the development of the company to reach global tier one status in subsea project execution while also enabling us to be competitive in the European subsea market as well as in the international arena.”

McDermott is currently working offshore Australia managing the U.S. $2 billion Ichthys gas condensate field development for EPCI and pre-commissioning of 17,600 tons of subsea structures and equipment, umbilicals, risers and flowlines. Project teams are also executing the Gorgon Subsea project comprising more than 15,000-tons of structures for the North West Shelf in 4,429 feet of water. Offshore Malaysia, McDermott is providing EPCI and commissioning services for the Siakap North-Petai Project for SURF, subsea hardware and controls, including pipe-in-pipe production flowlines in 4,430 feet of water and in the Gulf of Mexico the company will fabricate 21 jumpers and install subsea controls system components, more than 80 flying leads, as well as the jumpers, in up to 7,150 feet of water for the Jack and St. Malo project.

In tandem, the company is improving existing installation vessels and growing the fleet with new-builds, with the addition of two deepwater construction vessels that will support SURF project execution capabilities worldwide. “DLV2000”, a combination heavy lift and deepwater S-Lay pipelay vessel, supporting advanced pipelay up to 10,000 feet deep is expected for delivery in 2015. Similar in specification to the recently completed LV105, now executing projects in Asia Pacific, a new sister ship “LV108” will be built with an advanced reeled system capable of rigid and flexible pipelay in up to 10,000 feet of water. LV108 is expected for delivery mid 2014.

Recent vessel improvements further support McDermott’s SURF installation development. DB50 has an enhanced deepwater lowering system, a new power plant and thrusters that significantly increase its station-keeping capability in deeper water and harsh environments. NO102's horizontal lay system is being upgraded to a high-capacity vertical flexible-lay system, and will be capable of lowering loads to a depth of 10,000 feet.

McDermott is also focusing on building its Subsea leadership team. Most recently, the company announced the appointment of Subsea industry veteran Tony Duncan, who will join as Vice President and General Manager, Subsea on 1 April 2013, based in London.  Duncan will be responsible for driving and growing McDermott’s global subsea business, specifically in terms of building profitable backlog, increasing capability and expanding capacity. His experience covers developing, growing and leading organizations through significant change to meet the demands of the SURF and deepwater business. Mark Dixon and Dan Jackson from DeepSea will join this subsea leadership team, and further additions to the team will be announced in due course.