MH370 Search Comes to a Close 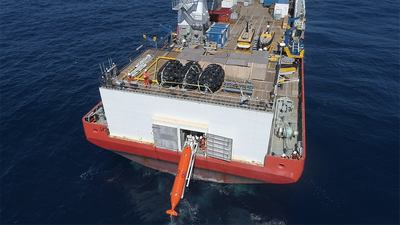 The U.S.-based company that has been scouring the seas in a hunt for Malaysia Airlines Flight MH370 said its current search will soon draw to a close without having been able to crack one of the world’s greatest aviation mysteries.

Flight MH370 disappeared with 239 people on board while en route from Kuala Lumpur to Beijing in March 2014. It’s believed someone may have deliberately switched off the plane’s transponder before diverting it over the Indian Ocean.

Following an unsuccessful $160 million search effort conducted by Australia, China and Malaysia that was called off in January 2017, Malaysia this year agreed to pay Ocean Infinity, a technology company specializing in collecting high resolution seabed data, up to $70 million if it found the plane within 90 days.

Ocean Infinity set off from South Africa on January 3, 2018 with search vessel Seabed Constructor and a fleet of eight HUGIN 6000 autonomous underwater vehicles (AUV) to scan the seabed for information to be sent back for analysis.

The 6,000-meter rated AUVs can be operated simultaneously, with each vehicle programmed to an independent mission plan in order to quickly and accurately cover large swaths of seabed. Each vehicle is equipped with side-scan sonar, multi-beam echosounder, sub-bottom profiler, conductivity/temperature/depth sensor and self-compensating magnetometer, and has an approximate endurance of 48 hours.

Over the course of the MH370 mission, Ocean Infinity said it searched and collected data from over 112,000 km2 of ocean floor in just over three months of operational days. The total area far exceeded the initial 25,000 km2 target and nearly matches the area covered by the previous search team over a period of 2.5 years (the previous search was called off in January 2017 after scouring 120,000 km2).

“I would firstly like to extend the thoughts of everyone at Ocean Infinity to the families of those who have lost loved ones on MH370,” said Oliver Plunkett, Ocean Infinity’s CEO. “Part of our motivation for renewing the search was to try to provide some answers to those affected. It is therefore with a heavy heart that we end our current search without having achieved that aim.”

“Whilst clearly the outcome so far is extremely disappointing, as a company, we are truly proud of what we have achieved both in terms of the quality of data we’ve produced and the speed with which we covered such a vast area. There simply has not been a subsea search on this scale carried out as efficiently or as effectively ever before,” Plunkett said.

Plunkett said his firm is open to renewing search efforts: “We sincerely hope that we will be able to again offer our services in the search for MH370 in future.”

A full investigation report into the MH370 disappearance will be released after the latest search efforts are completed.