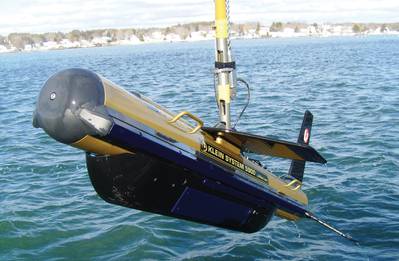 L-3 Klein Associates is a leading supplier of side scan sonar equipment, and waterside security and surveillance systems to navies, shipbuilders, secure installations, researchers, oil & gas explorers, and hydrographers all over the globe. It manufactures and develop advanced Sonar systems and technologies and is continuing to work with its customers, industries, and government agencies worldwide to produce the most innovative and productive systems possible.

The Company
Founded by Marty Klein in 1968, in a small factory in Salem, New Hampshire, Klein Associates became the first commercial manufacturer of side scan sonar in the world. Since then, L-3 Klein Associates has become a leading supplier of side scan sonar equipment, and waterside security and surveillance systems to navies, shipbuilders, secure installations, researchers, oil & gas explorers, and hydrographers all over the globe. In 2010, Klein announced that in addition to its successful product lineup that includes the workhorse Klein 3000, the Klein 3900 SAR,a true Multi-beam Klein 5000 V2 (available with interferometric bathymetry), and the most powerful minehunting SSS, the Klein 5900. In 2011 it introduced the all-new HydroChart 5000 hydrography system that combines high-resolution 455 kHz Multibeam side scan sonar with high-definition Interferometric bathymetry sonar for spectacular IHO quality imagery. In addition, we also introduced the UUV-3500 High Resolution Side Scan sonar for UUVs. The UUV-3500 operates exclusively with L-3 Klein’s proprietary wideband technology providing unmatched side scan range and resolution performance in a low power, compact and lightweight payload. In 2012 it introduced the all-new HydroScan, professional-grade side scan sonar for shallow water and rapid-deployment applications.