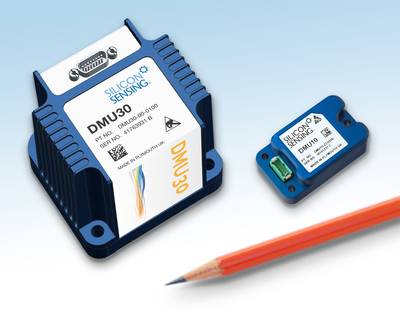 Silicon Sensing Systems is a provider of silicon MEMS-based gyroscopes, accelerometers and inertial measurement units.  The latest solutions offer robust non-magnetic North Finding technology – a cost-effective alternative to FOG-based products – as well as systems suitable for a wide range of navigation and stabilization requirements.
With a heritage dating back over 100 years, Silicon Sensing Systems and its predecessor companies have a unique record in delivering gyroscope systems to the marine industry.  Formed in 1910, Sperry Marine was set up to provide practical navigation and stabilization systems based on the newly emerging gyroscope technology, delivering the first North-finding gyrocompass system aboard the Dominion Line’s ‘Princess Anne’ in 1910.  Spinning wheel gyros were to dominate the market for the next 50-plus years until the emergence of expensive laser and fiber-optic gyros with their enhanced reliability due to their solid-state non-rotating design.
With Sperry Marine being subsumed into British Aerospace, Silicon Sensing Systems was formed in 1998 as a result of BAE Systems and Sumitomo cooperating to develop and produce the next generation of solid-state gyroscopes, based on a silicon MEMS construction.  Silicon Sensing Systems flourished, to enjoy a reputation for the production of low-cost highly reliable gyros.  It lead the entry into the consumer car market, producing up to 4M devices per year – and more than 30M to date.
Silicon Sensing Systems Ltd. is based in Plymouth, in the southwest of the UK.  The company is now jointly owned by UTC Aerospace Systems, co-located in Plymouth, and Sumitomo Precision Products Amagasaki, Japan.  Both companies bring equal strength to the joint venture – inertial expertise from the UK/US side, and silicon MEMS fabrication from Japan.
The patented construction of its silicon MEMS gyros – based on a vibrating ring – makes the Silicon Sensing Systems gyros highly resistant to shock and vibration, greatly increasing the reliability and quality of its inertial portfolio.  An in-house MEMS foundry has manufactured all of the core gyro technology since the birth of the joint venture.  Amongst its unique fabrication equipment is a deep reactive-ion etching capability, developed in-house in Japan.  In recent years, Silicon Sensing has also chosen to develop and produce a range of sophisticated accelerometers to augment its total inertial capability.
Most recently, Silicon Sensing Systems has leveraged the inherent capability of its MEMS devices to create a new range of high performance gyros and inertial systems.  Sensitive enough to detect earth rotation rate, these devices enable a North-seeking capability to be offered to the market – offering performance equivalent to fibre-optic systems but at a greatly reduced price.

The MTR100 is Marine Technology Reporter's Annual report on 100 leading companies in the subsea industry, published in the July/August 2015 edition of MTR - http://www.marinetechnologynews.com/Magazine