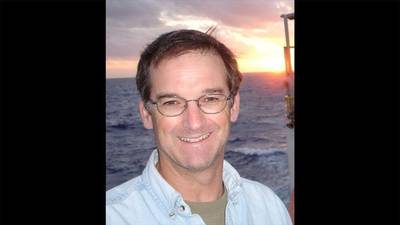 The Woods Hole Oceanographic Institution (WHOI) announced that Dr. Richard W. Murray has accepted the position of the Deputy Director & Vice President for Research of the institution. He will assume the office on September 1, 2019.

A geochemist whose research focuses on interpreting chemical records of climate change and volcanism in marine sediments, Murray joins WHOI from Boston University, where he has been since 1992 and is currently a professor of Earth and Environment. Murray was director of the Division of Ocean Sciences at the National Science Foundation (NSF) from 2015-2018. In addition to his regular duties at NSF, he also co-chaired the Subcommittee on Ocean Science and Technology, as part of the Office of Science and Technology Policy in the Executive Office of the President, during both the Obama and Trump administrations.

“Rick brings extraordinary insight and experience—both in research and in administration at the national level—to this position,” said WHOI President and Director Mark Abbott. “He is firmly committed to ensuring that WHOI continues leading the world in ocean science and technology into our second century. I am excited to have Rick join our team at WHOI as we work to explore and understand our ocean planet.”

Murray was selected after a six-month search overseen by a committee comprised of members of the WHOI scientific and engineering staff. Murray succeeds Larry Madin, who served as Deputy Director and Vice President for Research since 2006. Madin will retire later this year.

In his role as Deputy Director and Vice President for Research, Murray will serve as the main liaison between the research departments and the rest of the administration, and will lead efforts to improve research opportunities, funding and working conditions at WHOI. The Deputy Director and Vice President for Research also helps to develop long-range strategies, plan the Institution’s budget and establish and maintain communication with Federal agencies and other institutions.

“It will be a privilege to work at WHOI with some of the most innovative scientists, engineers, and technical staff in the world, particularly as society takes on immense challenges related to all facets of our existence,” Murray said. “Institutionally, WHOI faces questions as to how to best advance its important missions. I look forward to building on WHOI’s distinguished past to facilitate and ensure its bright future.”

Over a career spanning nearly 30 years, Murray has participated on many research cruises in various capacities around the globe, and authored or co-authored approximately 100 peer-reviewed research papers. He is a Fellow of the Geological Society of America, a former councilor of The Oceanography Society, and currently serves on the Board of Directors of the American Geophysical Union.

Murray received his undergraduate degree from Hamilton College, and also graduated from the Sea Education Association’s program in Woods Hole. After receiving his Ph.D. from the University of California, Berkeley, he was a post-doctoral scholar at the Graduate School of Oceanography, University of Rhode Island.