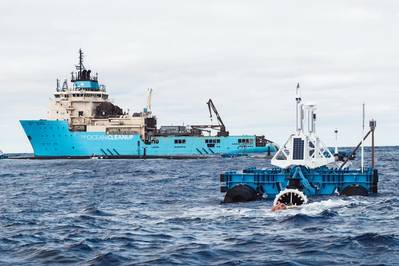 A first-of-its-kind floating ocean cleanup system deployed to collect plastic pollution from the Great Pacific Garbage Patch has been taken out of service early after it broke apart while operating halfway between Hawaii and California.

The wind- and wave-propelled cleanup system, launched from San Francisco in September by Dutch nonprofit The Ocean Cleanup, consists of a 600-meter-long U-shaped floating barrier with a three-meter skirt below that glides at the ocean surface to collect plastic and funnel all debris at its center.

Operations have been put on hold after an 18-meter section separated from the end of the system, forcing an early return to port for upgrades and repairs, The Ocean Cleanup Founder & CEO Boyan Slat said on Monday. Both sections are said to be stable, all bulkheads are intact, and no safety risks for the crew, environment or passing marine traffic have been reported.

"Although it is too early to confirm the cause of the malfunction, we hypothesize that material fatigue (caused by about 10^6 load cycles), combined with a local stress concentration, caused a fracture in the HDPE floater," Slat said, adding that the issue is "solvable".

"Setbacks like this are inevitable when pioneering new technology at a rapid pace," he said.

The system — dubbed Wilson after the volleyball in the movie Castaway — will be towed back to port along with around 2,000 kg of plastic that has been recovered from the patch over the past few weeks.

The system has been collecting more than just plastic. Sensors attached to Wilson have gathered "terabytes of data", which Slat said will be used to help develop system improvements.

Slat remains optimistic despite the setback. "The cleanup of the Great Pacific Garbage Patch will be operational in 2019," he said. "The fact that the cleanup system orients itself in the wind, is able to follow the waves well and is able to catch and concentrate plastic gives us confidence in the technology." 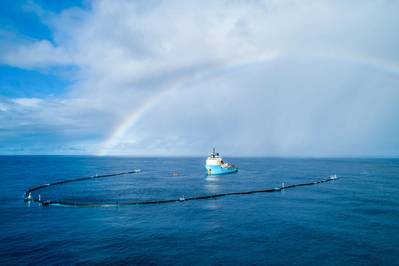