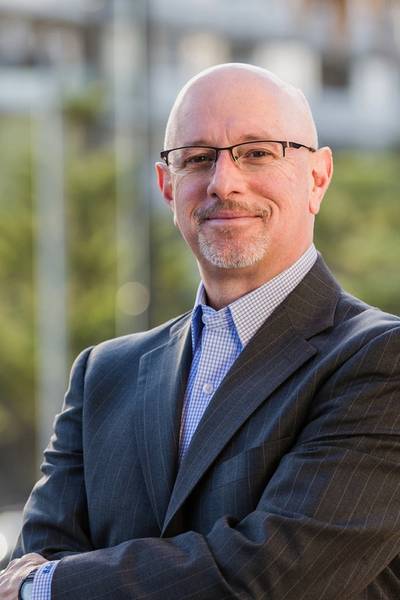 If one is wondering when and if and where the offshore wind business is going to become established, wonder no longer. Massachusetts is the epicenter of the offshore wind business and as such will translate nicely for ocean tide and wave energy development. Synergies in offshore engineering, resource assessment, permitting, construction, and maintenance of ocean wind, wave and tidal energy are obvious but not fully articulated.

Sharing lessons learned in “getting steel in the water” was the purpose of the May 23, 2019 2nd Annual Marine Renewable Energy conference. The one day conference was held at UMass Dartmouth’s Center for Innovation and Entrepreneurship, a business incubator where many of marine renewable energy’s leading lights started – Resolute Marine, ORPC, and Littoral Power. They gravitated to the CIE because of its prototyping capability, access to student interns and location at the heart of the marine technology and clean energy ecosystem in the South Coast of Massachusetts.

The CIE’s new director, Phil Adams, a forward-thinking energy entrepreneur welcomed participants and remarked, “to me, it’s pretty clear that our voracious appetite for energy has created the greenhouse gas effect.  We reached 415 ppm of carbon a week or two ago, and on that day, it was 86 degrees in the Arctic”. He pointed out several solutions to recent environment crises that are moving markets and society to action, including: credit trading to stem the acid rain problem; banning fluorocarbons to close the ozone hole and the public awareness campaign in Cape Town S. Africa around their plight of running out of water on “Day Zero”, where the entire population was mobilized to conserve water and it worked!
Phil also talked about the nature of change, showed a news video of the Brayton Point towers being imploded in April, and encouraged folks to “see the change happening right before our eyes – the site of a coal fired plant being repurposed to be the onshore receiving point for the power from offshore wind.”

Philippe Frangules, V.P. IHS Markit provided a sweeping overview of the energy markets from the 80s to present, and elucidated the reason for the sudden adoption of renewables. In the case of offshore wind, costs to manufacture, install and maintain commercial scale operations is directly in line with what the market will bear. Major utilities are banking on very competitive per/KW pricing; favorable financing schemes and grid ready power being generated within 3-5 years all along the east coast, close to the most energy intensive population centers of the US. In addition, he showed in one of his slides that offshore wind looks to be prominent with 450 GW of new capacity to be built between 2019and 2050 requiring over $US 1 trillion in investment. 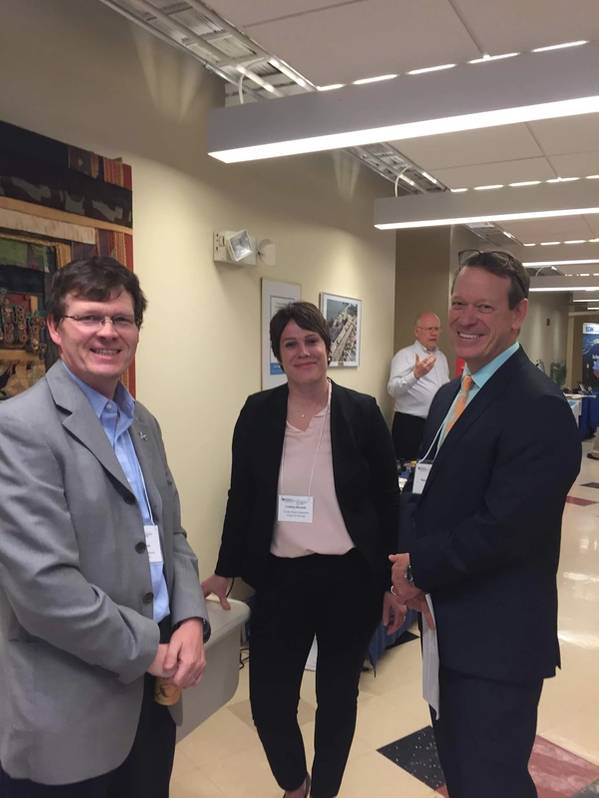 Government agencies are working together to facilitate technology development to enable offshore wind to take hold as well as encourage innovation in tidal, wave and in-current devices. Steven DeWitt, from  US Dept of Energy’s Water Power Technology Office, provided an overview of his office’s focus on helping industry tackle tough issues such as power take off technologies and creating systems that are appropriate for distributed power in remote sites such as islands and remote communities that otherwise rely upon diesel power for electricity. Justin Normand of the British Consulate General is bringing the lessons learned in the UK to secure a supply chain to support OSW to the US, and showed a compelling graphic of the potential future for the US with the myriad renewable energy facilities in the UK, and noted that there have been many days recently where the country generated no power from coal. Bruce Carlisle, of the Massachusetts Clean Energy Center enforced that this industry is moving into the region quickly, opening offices in Boston, Providence, New Bedford and beyond. “There will be many opportunities for suppliers to participate and jobs to fill”.

Tray Taylor, founder of Verdant Energy inspired all entrepreneurs to follow their dream and instincts and do something amazing. His company has installed several generations of tidal turbines in the East River in NYC. Marcus Gay of Resolute Marine outlined their journey to harness wave power to pump water ashore for desalination, providing clean potable water - a valuable commodity globally. Lindsay Bennet, of the FORCE program in Canada, talked about their massive program, funded largely by the Canadian government to characterize the tidal resource in the Bay of Fundy and work with world experts to test turbines at commercial scale. Many, many lessons have been learned there, principally, that it takes a lot of collaboration to harness tidal power in the Bay of Fundy.

“When you are putting up a shed in your back yard, said Steve Barrett of Barret Energy LLC you have to ask your neighbors for permission. If you don’t and you put up a surprising structure, they have the right to push back”. Similarly, if you are going to put wind towers, tidal generators or wave devices in the waters that are used by many, all users of those waters need to be apprised of the project. Sr. stakeholder engagement officers, Stacey Tingley from Orsted Wind and Nate Mayo from Vineyard Wind, Audra Parker from the Alliance to Preserve Nantucket Sound, and Amber Hewitt from the National Wildlife Federation, participated in a lively discussion of dos and don’ts of stakeholder engagement.  Chris Sauer, CEO of ORPC talked about their success at getting community support of their first tidal energy project in Cobscook Bay, Maine. He said they had a place they thought was going to work the best for their engineering and cost point of view, but fishermen protested because it was also a rich fishing area. After much discussion, the fishermen convinced ORPC to move the turbine to another area that had better current flow in an area where they did not fish. It was a win- win.

The last panel, moderated by MRECos Executive Director John Miller scanned some of the key R&D assets being directed toward offshore wind development. Anthony Kirincich of the Woods Hole Oceanographic Institution presented his work to integrate state of the art ocean technologies to be adapted to support offshore wind operations. Chris Niezrecki of UMass Lowell talked about a multiple university R & D collaborative, WINDSTAR which works on many facets of offshore wind engineering and operations. Ravi Paintal presented a rigid sail powered autonomous surface vehicle that can be used to gather data in and around wind, tidal turbines or other structures offshore. Finally, Stephen Conant of ANABARIC detailed their plans to “plug in” the major cable from Vineyard Wind to the Brayton Point power grid, on the site of the former Brayton Power Coal plant.
Offshore wind, wave and tidal energy are all considered key sectors of the Blue Economy. Hugh Dunn of UMass Dartmouth gave an overview of the project that Center for Policy Analysis at UMassD is working on to quantify the blue economy sectors, supply chain and workforce, a study to be released this summer.

Renewable energy systems are taking off. Solar, geothermal, traditional Hydro and natural gas led the way, and offshore wind is taking center stage here in the US. Marine technology suppliers and service providers have A LOT to offer; survey systems, meteorological systems, autonomous site characterization for monitoring and operations, making the South Coast of New England the hub for all this new activity.