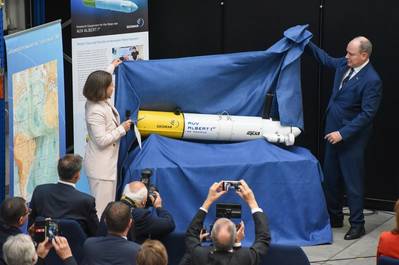 The AUV “Albert I de Monaco” was built by IQUA Robotics in Spain. It is about 1.5 meters long and can dive up to 200 meters deep. Being equipped with various sensors, including a side-scan sonar and an oxygen sensor, the device can be used both for measurements in the open water and for seafloor mapping.

"With the new vehicle, we want to support research projects near the coast in particular, but also pursue technology development”, said Marcel Rothenbeck, head of the AUV team at GEOMAR.

"The ocean is getting warmer, more acidic, and is losing oxygen”, Professor Dr. Katja Matthes, Director of GEOMAR said. "But the ocean also helps us to fight climate change. This is addressed by GEOMAR research, and this is where new opportunities arise for the cooperation with the Principality of Monaco.”

In commemoration of the long-standing relationship between Monaco and the Northern German city, spanning more than 100 years, Prince Albert II of Monaco christened the new Autonomous Underwater Vehicle (AUV) with the name of his great-great-grandfather “AUV Albert I. de Monaco.”

At the beginning of the 20th century, Prince Albert I of Monaco and the Kiel marine researcher Otto Krümmel jointly designed international research projects in the Mediterranean.

“We find, at the heart of the ceremony which unites us today, the same faith in science, in its promises of progress, in its capacity to change the destiny of mankind and that of the Planet”, said Prince Albert II. “This Autonomous Underwater Vehicle Albert I of Monaco is, I believe, the incarnation of this.” 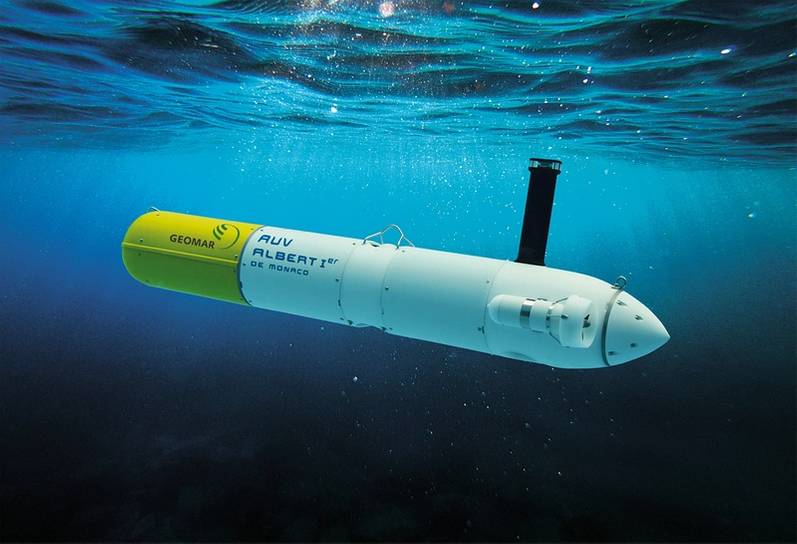 Largest known plant on earth discovered at Shark Bay, and it's 4,500 years old.Researchers from The University of Western…