David R. Strachan is a defense analyst and founder of Strikepod Systems... 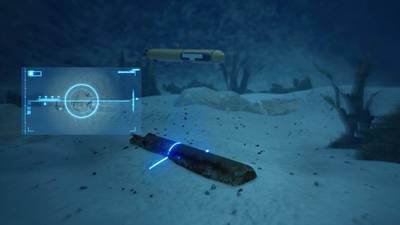 In the early morning hours of September 26, 2022, seismologists located throughout northern Europe detected two disturbances originating in the Baltic Sea that were consistent with underwater explosions. Within hours, an aerial image captured by a passing Danish F-16 showed an expanse of frothy seawater, suggesting that the Nord Stream 1 and Nord Stream 2 gas pipelines had experienced a catastrophic event. Within days, an investigation by the Swedish Security Service concluded that both pipelines had sustained extensive damage due to an act of gross sabotage. To date, there has been no conclusive evidence pointing to a perpetrator, though it is widely suspected that Russia struck the pipelines amid rising tensions with Europe over the war in Ukraine.

The Nord Stream sabotage is just the latest in a string of shadowy subsea incidents, including unexplained cable breaks off Norway and the United Kingdom, and suspected Russian seabed espionage operations, shining a spotlight on an area of increasing concern in defense circles – the security of critical energy, communication, and military seabed infrastructure. But while targeting seabed assets may seem new, so-called “seabed warfare” has actually been around for over a century. During the Spanish-American War, the United States severed undersea cables in both the Philippine and Caribbean theaters. At the outset of World War I, Britain severed five German cables laid across the English Channel, a move which enabled the British to intercept the Zimmerman telegram, a pivotal intelligence success that contributed to the United States entering the war. And at the height of the Cold War, the United States employed highly specialized manned submarines to tap Soviet undersea cables in the Barents Sea and Sea of Okhotsk. 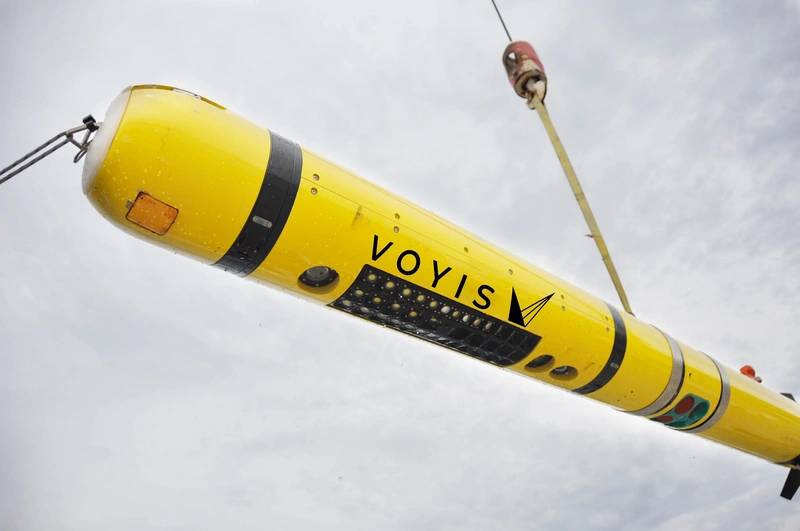 Today, there are 785,000 miles (1.2 million kilometers) of transoceanic undersea cables crisscrossing the globe, transmitting 97% of global voice and data communications, the disruption of which could wreak havoc on everything from financial transactions to military operations. Although not immune to fishing trawlers and seismic instability, seabed infrastructure has for decades enjoyed a veil of invulnerability to targeted threats given its challenging operating environment. But that is changing, and policymakers are beginning to take note. France, for example, unveiled a 49-page national seabed warfare strategy in February of this year, calling for increased investment of resources to “control the seabed to protect our strategic interests.” And the United Kingdom is currently accelerating the development of two Multi-Role Ocean Surveillance (MROS) ships devoted to the protection of seabed infrastructure, with the first scheduled to enter service in January, 2023. Meanwhile, Russia’s Main Directorate for Deep Sea Research (GUGI), perhaps the best example of a highly structured, national seabed warfare effort, has for decades been developing and operating a wide range of advanced surface vessels and submersibles that are optimized for seabed operations.

With the nature of the threat understood, the challenge becomes designing a system that poses a credible deterrent to would-be malicious actors. But how to defend thousands of miles of pipelines and cables, as well as a multitude of oil, gas, mining, science, and military seabed outposts? What would a persistent, wide area, integrated seabed defense system look like, and how might it operate?

Defending critical seabed infrastructure is a mission that is tailor made for both human-machine teaming and fully autonomous operations, and would likely be a multi-domain effort that leverages a variety of fixed and mobile uncrewed surface and underwater systems. Satellites might detect the presence of suspicious surface vessels, or the deployment of submarines with known seabed warfare capabilities, alerting human operators who then vector patrolling USVs to intercept and surveil surface vessels, or deploy onboard AUVs to monitor for undersea activity near sensitive areas. In addition to acting as a visible deterrent, USVs would also act as navigation, communication, and energy nodes for AUVs. The SEA KIT Omega USV, for example, can be on station for up to 102 days, and is capable of launching and recovering multiple AUVs. Three Hugin Superior AUVs, each with an endurance of 72 hours at 3 knots, could conceivably patrol several hundred nautical miles of pipeline or cabling. Meanwhile, resident AUV systems, such as the Saab Seaeye Sabertooth double hull, which can operate at depths of 3000 meters for up to six months at a time, could be strategically prepositioned to provide persistent, autonomous surveillance and inspection. In shallower, coastal regions, intrusion detection systems could be deployed, such as Sonardyne’s Sentinel, which can detect divers and UUVs at ranges of up to 1200 meters, even in cluttered coastal environments. Energy to power seabed sensors and resident AUV systems could be provided by a deep sea fuel cell power station, such as the Subsea Supercharger, currently under development by Teledyne Energy Systems.

Deterrence would mean not only establishing a credible means to detect, identify, and disrupt malicious actors, but also having the capability to obtain visual evidence when building a diplomatic case for economic sanctions or military action. High-resolution deep sea surveillance footage could be delivered by Deep Sea Power & Light, whose Optim 4k camera captured stunning imagery of Ernest Shackleton’s Endurance at a depth of over 3000 meters. And in cases where a detailed investigation is required, 3D laser scanning systems, such as the Recon LS from Voyis Imaging, could provide high-resolution optical scans necessary to aid in gathering forensic evidence. 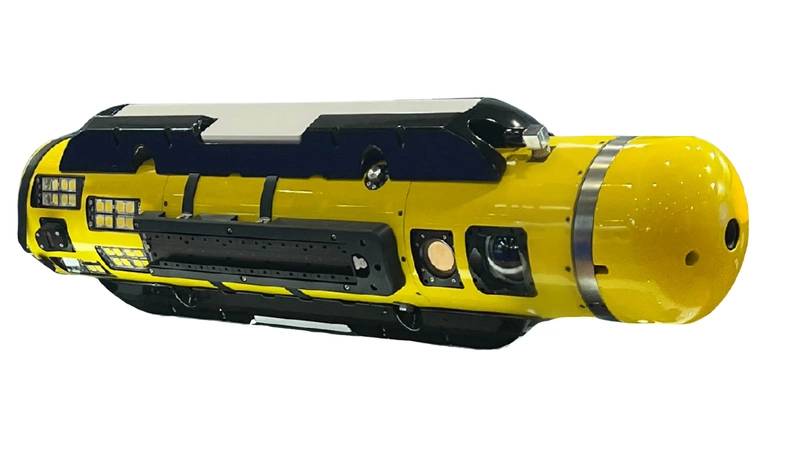 But even with all of these advanced technologies brought to bear, the sheer (and growing) volume of underwater infrastructure imposes significant limitations on what is possible, creating an opportunity for innovative blue tech companies to develop low-cost, eco-friendy countermeasures that can fill the inevitable gaps in coverage. Perhaps an “underwater geofence” (to borrow from aerial drone geofencing, a virtual barrier that prevents the unauthorized operation of recreational drones near sensitive commercial and military installations) could block malicious AUVs, ROVs, or manned submersibles by disrupting their acoustic and optical sensors. Bubble curtain technology, for example, has been used successfully to attenuate the sound waves generated by subsea commercial and military activities. Perhaps this same technology could be used to attenuate the pings generated by echosounders, DVLs, and obstacle avoidance sonars, or to obstruct the visual operation of ROVs. OceanTherm, known for pioneering the use of bubble curtain technology for hurricane prevention, can deploy a thirty mile fixed system of perforated pipe at a depth of 500 feet for approximately $550 million, a relatively modest investment when viewed against the potential economic, environmental, and national security fallout that could result from a coordinated seabed attack.

While there is a growing global consensus concerning the vulnerability of critical subsea infrastructure, there are myriad policy and international legal questions that will need to be addressed before viable seabed defense systems can be deployed. Fortunately, many of the operational concepts and enabling technologies necessary to protect subsea assets are either already in use or under development, and the blue tech community will be ready to mobilize when the time comes to turn plans into action. And if recent events are any indication of what the future holds, that time should come sooner rather than later. 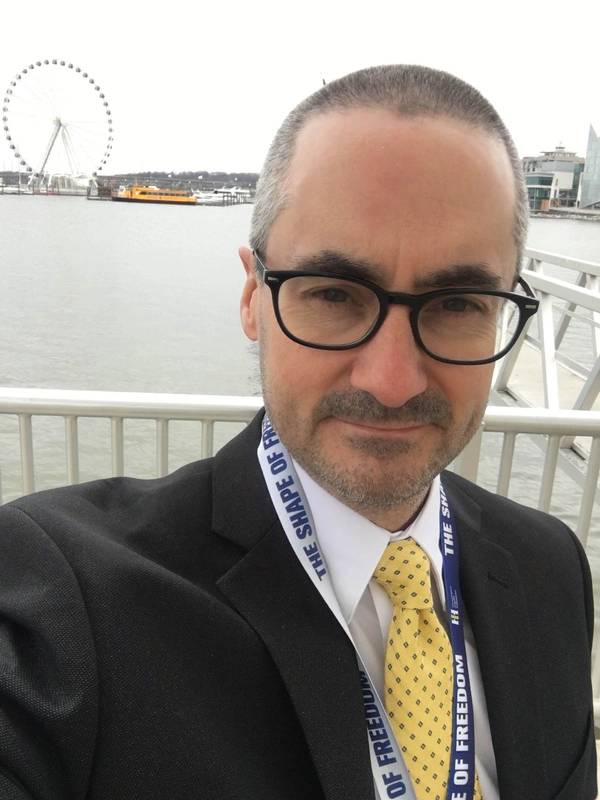 About the Author: David R. Strachan is a defense analyst and founder of Strikepod Systems, a research and strategic advisory focusing on autonomous undersea systems.

Survey, positioning and data management firm UTEC, part of the Acteon Group, is targeting the offshore wind survey and inspection…