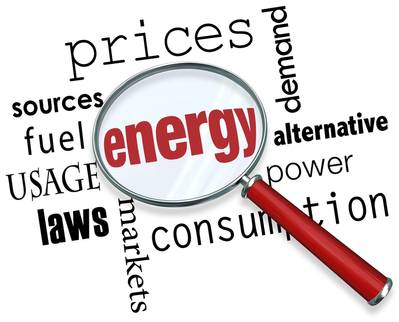 The U.S. Energy Information Administration released its Short-Term Energy Outlook. Select highlights include:
• North Sea Brent crude oil spot prices averaged $52 per barrel (b) in April, $1/b higher than the March average and the fifth consecutive month that Brent crude oil spot prices averaged between $50/b and $55/b. EIA forecasts Brent prices to average $53/b in 2017 and $57/b in 2018. West Texas Intermediate (WTI) crude oil prices are forecast to average $2/b less than Brent prices in both 2017 and 2018.
• NYMEX contract values for August 2017 delivery traded during the five-day period ending May 4 suggest that a range of $37/b to $63/b encompasses the market expectation for WTI prices in August 2017 at the 95% confidence level.
• Implied global petroleum and liquid fuels inventories are estimated to have increased by 0.4 million barrels per day (b/d) in 2016. EIA forecasts inventory builds to average 0.2 million b/d in 2017 and then increase to an average of 0.5 million b/d in 2018.
• U.S. crude oil production averaged an estimated 8.9 million b/d in 2016. U.S crude oil production is forecast to average 9.3 million b/d in 2017 and almost 10.0 million b/d in 2018. EIA estimates that crude oil production for April 2017 averaged 9.1 million b/d, which is 0.2 million b/d above the April 2016 level and 0.6 million b/d above the recent monthly average low reached in September 2016.
• U.S. dry natural gas production is forecast to average 74.1 billion cubic feet per day (Bcf/d) in 2017, a 1.8 Bcf/d increase from the 2016 level. This increase reverses a 2016 production decline, which was the first annual decline since 2005. Natural gas production in 2018 is forecast to be 3.2 Bcf/d more than the 2017 level.
• In April, the average Henry Hub natural gas spot price was $3.10 per million British thermal units (MMBtu), 22 cents/MMBtu above the March level. New natural gas export capabilities and growing domestic natural gas consumption contribute to the forecast Henry Hub natural gas spot price rising from an average of $3.17/MMBtu in 2017 to $3.43/MMBtu in 2018.
• Wind energy capacity at the end of 2016 was 81 gigawatts (GW). EIA expects wind capacity additions in the forecast will bring total wind capacity to 102 GW by the end of 2018.
(Source: U.S. EIA)
• crude oil prices • crude oil production • energy capacity
Email