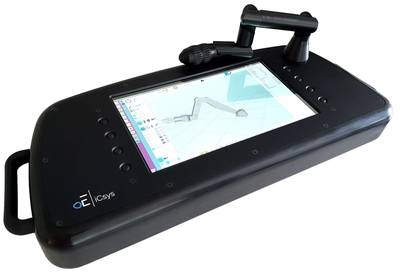 Olis (formerly BluHaptics) says its new manipulator control system delivers an evolutionary leap over legacy robotic master controllers used by the offshore energy industry. The Extended Sense 1 (ES1) is the first in a new line of offerings from the Seattle-based technology company, offering intuitive controls and more efficient operations which combine to reduce risk, increase precision and save time.

Don Pickering, CEO of Olis explained, “This product is just the beginning of how Olis is redefining the future of remote robotics. By introducing machine learning and variable autonomy in the very near-future, we will unlock broad and diverse new marine use cases. The ES1 Control System will make it safer for pilots to perform intervention tasks in extreme and dynamic environments by making the robots they control smarter.”

Key ES1 features eclipse legacy master control products with five new advancements. First, ES1 offers a graphical user-interface which reduces pilot stress. The control system then allows pilots the ability to rapidly select functions through a touch-screen or gamepad, and provides assistive constraints that can lock movements for cutting and torqueing tasks. Next, ES1 gives operators the option to pre-set the position for robotic arms and store new positioning on-the-fly. Finally, the latency and bandwidth resilient ES1 enables the ability to toggle between local (ship-based) and remote (control center) piloting.

Olis ES1 will be available in mid-September 2018 and functions with the major manipulators utilized for subsea intervention.

SMD is one of the world’s leading manufacturers of remote intervention equipment. We engineer and build the world’s largest range of work-class subsea remotely operated vehicles (ROVs) and specialist trenching, cable lay and burial vehicles. SMD is based near Newcastle…