From powering sensor systems to recharging autonomous vehicles to feeding the power grid, Resen Waves is making step changes in the renewable wave power market. Roland Boysen, CCO, discussed the technology and the potential with MTR.

While generations of innovators have attempted, to varying degrees of success, to harness the tremendous renewable power potential of waves, the Danish company Resen Waves contends it is able to do just that, in a scale to remotely power sea-based instruments and vehicles, and eventually all the way up to entire cities.

The Resen Waves Smart Power Buoy is designed to harness the constant movement of waves to power autonomous machinery (AUVs) and instruments in the sea with clean, renewable, continuous energy while facilitating real-time, uninterrupted data communications.
Resen Waves’ Smart Power Buoy sits at the crux of an important crossroads and that's renewable energy and the emerging need to provide power at sea. While working in the sea is never simple, Roland Boysen, CCO, contends that his company is cracking the code on generating power from waves safely, efficiently, and yes, simply. 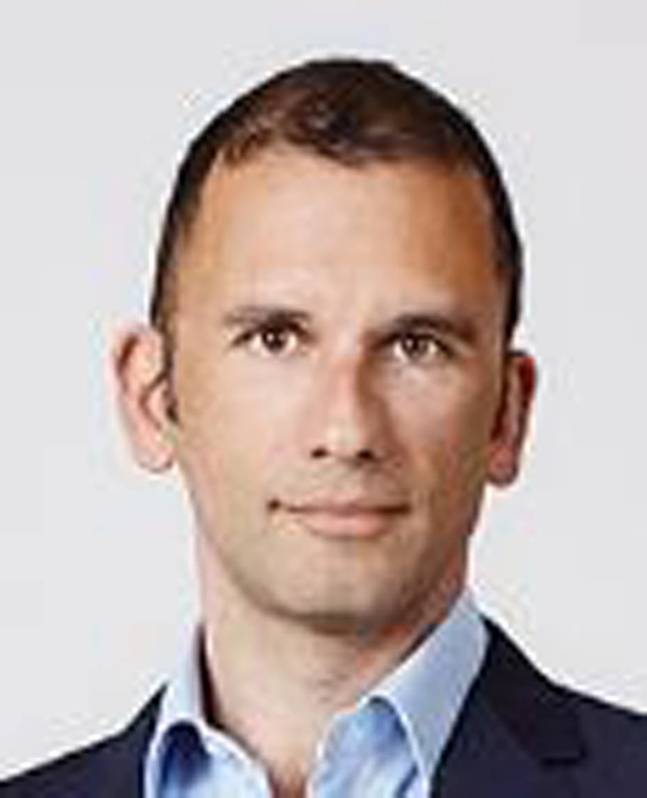 “We have the floater which carries the weight of the whole mechanical package,” said Boysen. “The floater is basically foam and glass fiber, to keep it simple. Then there's a shaft where you have the center drum. If you look at it, you see kind of yo-yo shaped design, which is working as a more or less as a pulley.” The small-scale buoy for powering instruments in the sea and providing real-time data access the instruments in the sea uses the center drum in the buoy, a drum which turns back and forth with the wave action, and activates the generator inside the drum and produces electric power.

“We have a unidirectional gear and that makes the generator rotate only one direction,” said Boysen. “This way it won't lose momentum.”
The mooring line can vary in length depending on location, it is ‘Kevlar armored’ and inside this armoring is the power cable and, if applicable, a fiber optic cable.

“On the seabed, you have an anchor that could be a concrete block, it could be a sand screw, but you also have a large battery package, which is powered or charged through the power cable,” said Boysen.

Born to live and work at sea, Resen Waves’ Smart Power Buoy is naturally designed to withstand the elements, including a feature that lets it submerge – automatically or via remote control – in the event of excessively big storms that otherwise might destroy the system.
“You can tell the device to dive just below the surface because of this tensioning mechanism we have built into the cylinder,” said Boysen 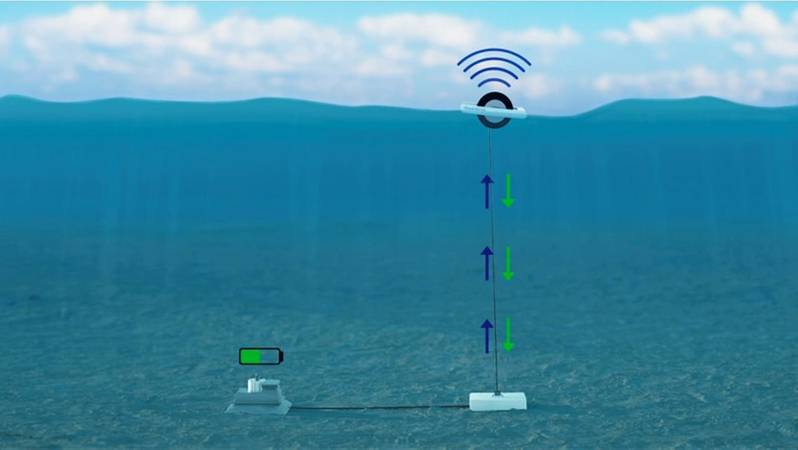 Working in the Field

While the possibilities for its use are broad, Boysen said it has generated ample interest from those running ADCPs. In addition, as the autonomous with persistence trend continues to unfold, there will be countless numbers of AUVs, USVs and even airborne drones that constantly need repowering.

As anyone working in the industry can attest, talking about new technology is one thing, proving its value in real-world circumstances even more powerful. “One I can mention is coral reef restoration project in Bali,” said Boysen, a project that is using the BioRock reef restoration technique, a technique designed to make the reef more survivable. “It needs power to grow, and they have one of our Smart Power Buoys in Bali.”

In Hong Kong the company has another installation working to boost the renewable energy signature of this historic city. “They have a vision of installing a huge wave energy park in the bay area to electrify most of the city,” said Boysen. “So far it's only one (Smart Power Buoy installed) so there's still some way to go, but that has a great potential. They're not in it for the real time data, they're in it for the wave energy, for the electricity.”
Finally, another case study Boysen mentions is a trial with the Malaysian national oil company, Petronas, which is using a Smart Power Buoy to power a subsea instrument suite.