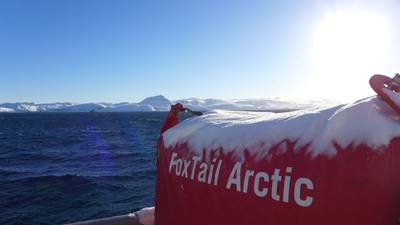 A new oil spill response device capable of cleaning up spills in arctic conditions has been launched in an effort to bolster Norway’s spill preparedness.

The new device, dubbed Arctic FoxTail, is a winterized version of H. Henriksen’s standard Foxtail vertical adhesion band (VAB) skimmer, which filters out oil spills from the seawater using its sorbent mops. The system is capable of salvaging large quantities of oil after a spill, without much unnecessary water.

The scope of the project was to widen the weather widow in which oil can be taken from the water with skimmers. According to H. Henriksen, the old skimmers are very redundant to the sea state and weather, but their efficiency is reduced in cold weather when ice starts growing on the machines (mainly from sea-spray). 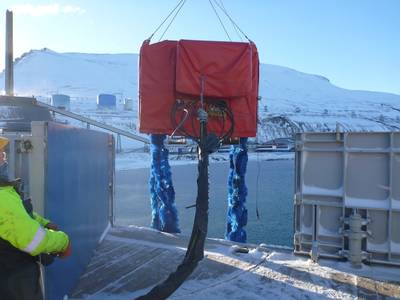 “Implementing heat and insulation to the machine and moving the transfer pump to the skimmer allows for stable and continuous operations at considerably lower temperatures compared to the standard Foxtail,” explained Trygve Egenes, Managing Director of H. Henriksen. “Also, the weather window for the use of the vertical adhesive band skimmers has significantly increased.

“This modification, together with the advantage of the VAB skimmers, makes the Artic FoxTail a useful oil spill response device in arctic conditions.”

The standard FoxTail operates in -6°C, compared to the new Arctic Foxtail which can operate -21°C under the same sea temperature and wind conditions, the developer said.

The company is now delivering the first Arctic FoxTail to the NCA.

In what has been described as an industry first, maritime and offshore classification society American Bureau of Shipping…