Alseamar, a producer of glider UUVs, has been able to produce highly accurate data plots of current profiles from large swathes of the water column. A combination of tailor-made algorithms, underwater gliders and a high-performing ADCP from Nortek has helped break new ground for the oceanographic community, making high-quality data more accessible for a multitude of stakeholders.

Acoustic Doppler current profilers (ADCPs) have revolutionized our ability to record ocean current movements. But they can only measure what they can “see”, and that is largely determined by what they are attached to, which may be a surface buoy or a frame on the seabed.

That’s perfect for many uses, but if you are seeking to find out about the movements of currents across a large swathe of ocean, then moving ADCPs on frames from location to location is a time-consuming business and doesn’t provide a complete picture of the currents in the whole area. Mounting an ADCP on a moving surface vessel is a good option for many, but some users are put off by the work and cost involved with hiring and crewing a vessel.

However, rapid advances in underwater glider technology have provided an exciting new alternative. Slimline battery-powered gliders are capable of cruising through the oceans for months at a time, carrying a multitude of instruments measuring many facets of the underwater world close up.
Typically, gliders move in a sawtooth, or wave-like, movement between the top of the water column and depths of around 1000 m. So, if you can get accurate measurements from an ADCP fixed to a glider, you have an efficient and cost-effective way to profile a huge volume of water in a relatively short period of time.

That possibility prompted researchers at French marine tech company Alseamar to investigate how an ADCP could be made to work with their SeaExplorer glider. The company produces high-tech marine and submarine equipment, such as gliders (or UUVs – underwater unmanned vehicles) with very long mission endurance.

The results of Alseamar’s innovative development are of benefit for the greater ocean science community. The detailed analysis of current movements made possible by the Nortek ADCP, combined with data from the glider’s other instruments, gives users access to highly accurate data on how our oceans work. 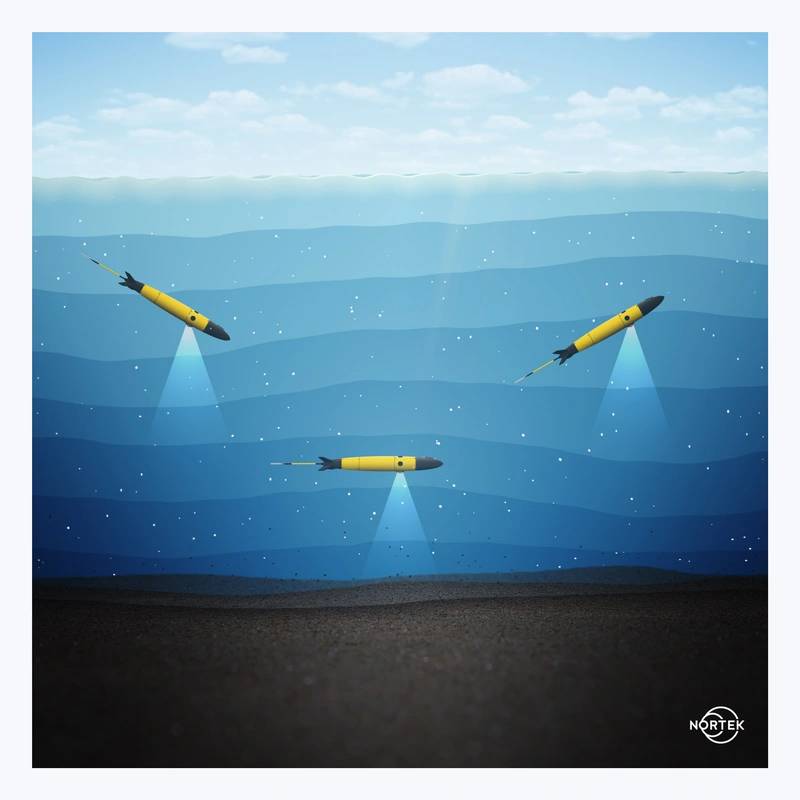 Nortek’s 1 MHz current profiler was an attractive option for Alseamar due to a multitude of reasons.

“The Nortek ADCP design is really ideal for a profiling platform like ours. You could almost say it was dedicated to our application,” says Orens de Fommervault, who is the oceanographer at Alseamar leading the ADCP glider integration project.

“Glider-mounted ADCPs offer the ability to collect high-resolution, dense-data water velocity measurements at an unprecedented spatio-temporal scale resolution without the constant use and expense of support vessels,” de Fommervault points out.

Accurate analysis of currents across tens of kilometers of ocean is now possible due to Alseamar’s successful integration of the Nortek ADCP into its SeaExplorer glider. This provides unprecedented opportunities for measuring full ocean current profiles, whether the vehicle is ascending or descending.

The relatively small size and low power consumption of Nortek’s ADCP are also plus points when you are seeking to pack as much instrumentation on to a glider as possible and get the most out of its on-board battery.

The ADCP-equipped glider has proved its accuracy in a number of different environments.

Current profiles obtained by the ADCP on the SeaExplorer glider across 60 km in the Mediterranean Sea off southern France correlate with temperature, salinity and chlorophyll measurements taken by the glider at the same time. The ADCP was also able to measure tidal currents in considerable detail through the depth profile in the Atlantic off northwest France.

Current profiles acquired by a SeaExplorer glider equipped with a Nortek ADCP in the northwest Mediterranean, crossing a well-known geostrophic current. The left figures represent depth-resolved water currents acquired along the glider transect (the gray line on the right figure). The color indicates the velocity of the currents. 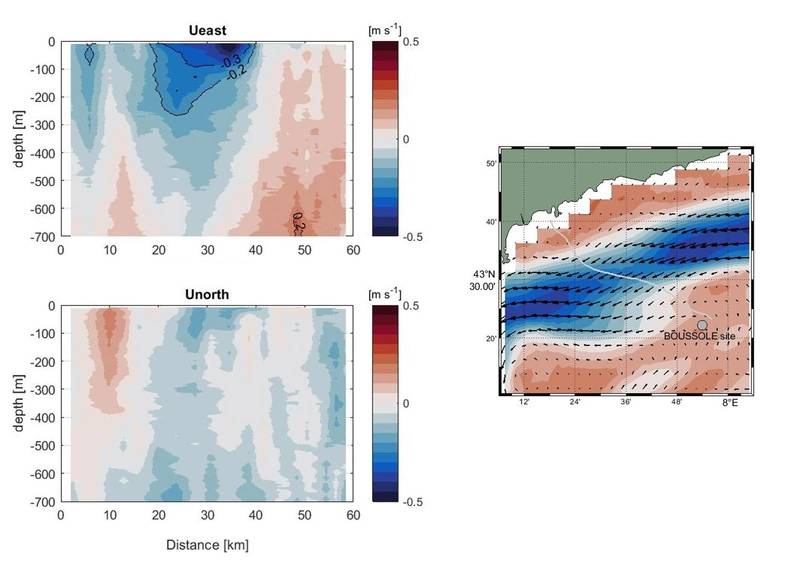 But configuring the ADCP-equipped underwater glider to gather vast amounts of usable oceanographic data is not the end of the story.

“One big remaining challenge is to get access to as much of that data as possible in real time – something that is vital for our customers in the oil and gas industry, for example,” Orens de Fommervault says.

Alseamar has made considerable progress with this already, and is currently working to improve real-time data interpretation still further, de Fommervault says.

Tidal current in the Atlantic off Brittany, northwest France, over a 12-hour period, measured by the Alseamar SeaExplorer glider equipped with the Nortek ADCP glider current profiler. Source: This data was acquired in the framework of the MELANGE project (ASTRID MATURATION) in collaboration with the SHOM and the CNRS (Perpignan University).

Greensea Advancing Autonomous Hull Cleaning for the US Navy

Marine software company Greensea Systems Inc. said it has recently been awarded a contract for a two-year Phase II Option Period by the U.S.