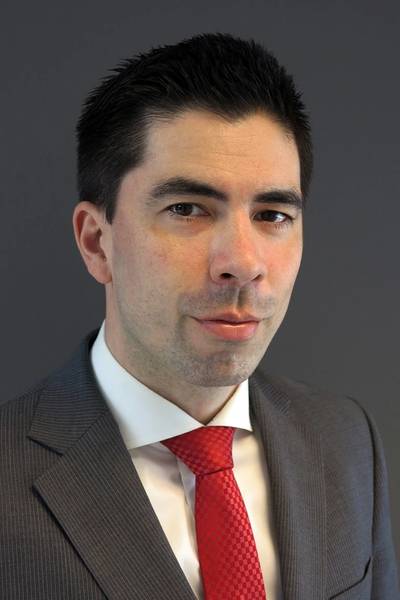 Shell and OneSubsea are on track to realizing a vision for subsea compression that will set new standards for delivering gas. When it comes onstream in late 2025, the Ormen Lange Phase 3 subsea multiphase compression project will expand the limits of this technology through one of the lowest carbon footprint developments globally, supporting the roadmap to net zero.

How this step change in subsea technology is being achieved in the Norwegian Sea was the focus of an Underwater Technology Conference plenary session on subsea compression, led by Mads Hjelmeland – Managing Director, OneSubsea Processing and Richard Crichton – Shell Project Director Ormen Lange Phase 3.

“This project is unique. We’re providing essential gas to the UK and Europe via one of the lowest carbon-intensive projects in the world. To achieve this, we are installing a subsea compressor approximately 120 km from the onshore facility, and that’s never been done before. It’s a real step change and an enabler for the wider industry,” says Richard.

“To include the deployment of late-life subsea compression in the original development plan for Ormen Lange was visionary. Getting to where we are today has been no mean feat, but it’s through collaboration and by leveraging our experience that we’re realising this vision,” says Mads.
Ormen Lange lies at a water depth of 800-1,000 m in the Norwegian Sea, 120 km off the west coast of Norway. The field development was sanctioned in 2004 and first gas was produced in 2007. It’s a fully subsea-to-shore production system, powered by hydroelectricity from the Nyhamna onshore facility, where the gas is processed, before being exported to the UK and Europe.

By utilizing subsea multiphase compression, the Ormen Lange Phase 3 project will unlock a further 30-50 billion cubic meters of natural gas from the field, increasing its recovery rate from 75% to 85%. The project is targeting startup near the end of 2025, according to the OLP3 Impact Assessment.

It’s a crucial project in today’s context for multiple reasons, says Richard. “Ormen Lange supplies up to 20% of the UK’s gas needs,” he says. “In the current situation, the extension of that gas supply to the UK, and Europe in general, is vital. Ormen Lange Phase 3 is also one of the lowest carbon-intensive projects globally, because we’re using green hydroelectric energy to power the subsea compressors. For both our companies and the wider industry, this very low carbon footprint is absolutely key. Shell is transitioning its whole business to becoming net zero by 2050, and this is part of that journey.”

It’s been a long road for OneSubsea, which first became involved in the Ormen Lange subsea compression project in the early 2000s, with the Demo2000 program that led to the WGC 2000. “We developed the WGC 2000, the first multiphase compressor for submerged use, with the Ormen Lange field in mind,” says Mads. 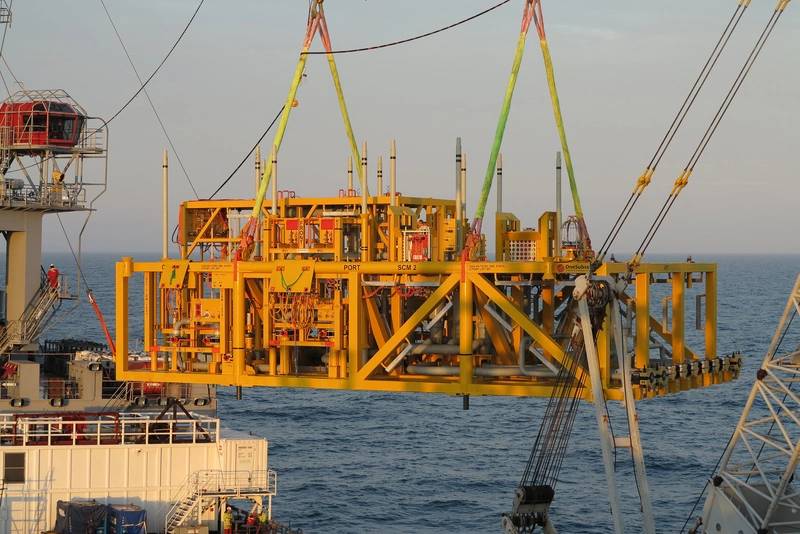 The Demo2000 program was built on the work of industry visionaries dating back to the 1980s.

“The development of multiphase compression started in 1987,” explains Mads. “Through the 1990s, we developed various concepts, and towards the end of that decade we delivered a horizontal unit to Shell for an onshore trial in the Netherlands. Over the years, the technology underwent significant improvements, and in 2007 Equinor took the concept further with two parallel developments — the Gullfaks and Åsgard compression projects. OneSubsea successfully deployed its multiphase compression technology in the Gullfaks field.”

“To deliver Ormen Lange, we are leveraging our extensive experience and comprehensive technology qualification program completed over the years,” adds Mads. “It’s been a very long journey, and we are thrilled to finally be in the execution phase.”

Both hope that this achievement will pave the way for similar developments. “Ormen Lange Phase 3 is a real enabler for the rest of the industry,” says Richard. “A true subsea-to-beach solution, without the need for surface facilities, opens up compelling opportunities.”

But a gear shift is needed, says Mads. “We hope it’s obvious to the industry and stakeholders that we need to change the way we extract hydrocarbon resources,” he says. “We’re uniquely positioned in Norway, with hydroelectric power feeding this system, which is fantastic when it comes to lifecycle emissions. But it’s also important to consider that subsea compression is much more efficient than topside compression. When we compress on the seabed, we use at least 50% less energy than topside, and this technology can be applied globally.”

It’s also not just about technology. To realize complex projects, collaboration is key, adds Richard. “To deploy this type of technology in fields such as Ormen Lange, close cooperation within the Ormen Lange license partners and working hand in glove with the supplier, in this case OneSubsea, has been instrumental,” he says.

“Collaboration is perhaps one of the most overused words, but to be truly successful in our industry, particularly as we focus on our shared net-zero goals, we need to work closely and leverage each other’s strengths,” adds Mads. “Ormen Lange exemplifies this collaboration, and to secure wider adoption we need to engage early and learn from one another, instead of reinventing the wheel.”

“We need to be developing fields with the lowest possible footprint and at the lowest cost. We need to continue our focus in this space, especially as energy prices are tightening, and demand and activity are increasing. This is when, traditionally, the wheels come off in our industry.”