Justin Manley is a technologist and executive with experience in startups...

Unmanned maritime systems (UMS), especially autonomous underwater vehicles (AUVs), are no stranger to commercial applications. Survey of the seafloor by AUVs and subsequently unmanned surface vehicles (USVs) is now an accepted practice. UMS technology is moving into new commercial domains, notably inspection maintenance and repair (IMR). While there are no perfect definitions these tasks can be viewed as follows:

These missions were traditionally the domain of work-class remotely operated vehicles (ROVs) and the large offshore support vessels (OSVs) they depend upon. But times are changing.

Today there are a host of new robotic approaches to IMR, all of them progressively disrupting the conventional techniques. The spectrum ranges from novel ROV deployment concepts to unmanned systems “resident” on the seafloor, and include novel robotic form factors and business models. While there are exciting developments to discuss, they are predominately focused on inspection and maintenance. Repair is currently still the domain of high power and heavily human-operated ROVs supported by OSVs. But the “I” and “M” sector is roughly half the overall IMR market and seeing rapid evolution.

The most obvious element of change in current practice is to remove the ship. A logical first move is to replace a large expensive crewed ship with an USV. This approach has been demonstrated by several players. In a defense-focused demonstration Teledyne Seabotix ROVs were operated from Marine Advanced Research WAM-V USVs. In commercial practice, SAAB ROVs have been supported by L3 ASV C-worker USVs. In these configurations the objective is primarily inspection. An operator ashore, connected via radio or satellite telemetry, can use the combined systems to examine structures or the seafloor. Light intervention is feasible but typically the ROVs involved lack the physical power to engage core offshore maintenance tasks. Operations of this kind are typically measured in hours, or perhaps a few days, but not intended to be persistent. 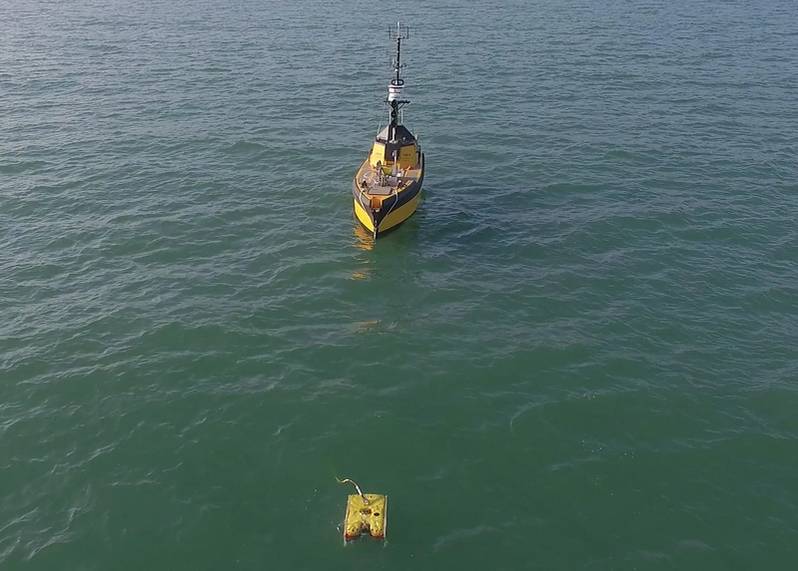 Credit: L3 ASVAnother concept gaining appeal is to install an ROV in a fixed location. This might be attached to a large installation providing power and data connectivity back to shore. It could also be connected via a buoy, for telemetry, and rely upon batteries for power. In either case the ROV is now a fixture on the site and does not depend upon an expensive vessel for support. This is a compelling value proposition, but it demands a significant investment in ROV reliability. Traditionally ROVs are routinely serviced and maintained on deck. Often more than one ROV is embarked on a vessel to ensure productivity. Such approaches are not viable in a more fixed, long-term concept of operations. Industry has accepted this challenge, and leading players have developed new ROV offerings. Oceaneering has developed their e-ROV, and seen positive results in early trials. Saipem has likewise invested significantly in this area. Their Hydrone-R vehicle is the result of nearly two-years of development. It is transitioning from prototype development to sea trials during the summer of 2019.

Seafloor Resident Systems
The natural evolution of ROVs trusted to operate for hours or days without ships is vehicles resident on the seafloor without tethers. SAAB’s Sabertooth has been a leader in this area starting with a widely referenced demonstration in Houston’s Neutral Buoyancy Lab in late 2016. This showed that a free-swimming AUV could both autonomously survey and transit and then intervene, turning a valve mechanism. This latter step was conducted under manual control using high-bandwidth wireless telemetry.

Since then others have entered this space. Oceaneering has unveiled their Freedom vehicle. This system is designed to be multi-role with the ability to execute survey and inspection tasks. It is intended to be housed in a docking station installed on the seafloor site where it will return for recharging. The vision for such systems is to be installed and left on the seafloor for months. It combines the mechanical engineering challenges of making ROVs reliable with software necessary for long-term operability. These technology concepts are slowly being developed and Oceaneering’s solution had advanced rapidly to offer a market choice.

The vision of wireless seafloor resident vehicles is powerful. But it remains a future vision. Today long-duration deployments of tethered seafloor resident vehicles are imminent, notably with Eelume, an undersea vehicle blurring the lines between AUV and ROV while employing a distinctive architecture that supports modularity and maneuverability. Looking something like its eel namesake, this technology has begun offshore proving trials for subsea-residence operations. Eelume subsea-resident systems were deployed at a Norwegian Science & Technology University underwater test site in 360 m. water offshore Trondheim during May 2019. The Eelume robots were deployed to the sea-bed with a docking garage and used to perform a number of inspection and light intervention tasks on the underwater test site. After further testing and configuration trials in Trondheim later this year, it is planned that the first two subsea-resident Eelume systems will be deployed on the Åsgard subsea production field for Equinor. The two robot systems will be configured for inspection duties and intervention tasks, including torque-tool valve operations. These first subsea-resident Eelume systems will operate in battery-powered, tethered control mode, but before the end of the year are expected to demonstrate tetherless operations. 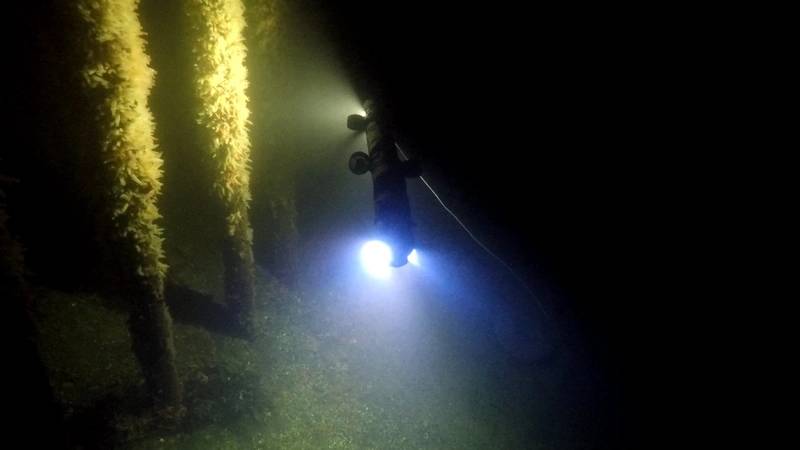 Credit: EelumeStaying “Connected”
To support widespread tetherless operations of AUVs it will be necessary to provide wireless connectivity to the systems. Acoustic modems are useful for long-range connections but offer limited bandwidth. Optical systems can provide much more robust bandwidth but over limited ranges. A collective system can offer one approach to this challenge. Ioseba Tena, Global Business Manager at Sonardyne puts it well, “At Sonardyne we have been demonstrating navigation and wireless communication cell towers, equipped with acoustics and free space optical modems, capable of providing position updates and real-time pilot control. These will be placed strategically in areas like wells, manifolds, etc. where human intervention will help mitigate for risk and improve operations. They will enable us to interface with the vehicles in real-time streaming video and joystick commands as if we were offshore with them.” This approach may enable wireless vehicles to operate further afield, while still in close contact with operators.

New Robots, New Business Models
Expanding on the vision of untethered undersea robots for IMR is Houston Mechatronic’s Aquanaut. This transforming system can operate in both an AUV mode for survey and transit and an ROV mode for closer inspection and manipulation. The intention for Aquanaut is for the system to arrive on a job site and execute tasks, such as valve manipulations, using its own onboard intelligence. Operators will use only high-level supervisory control to check system status and issue mission commands. This concept challenges both technology and business conventions.

Aquanaut’s transforming capabilities are impressive mechanical developments. But the sensing and software engineering developments are equally important. Training a robotic system to perceive, understand, and engage a complex undersea environment is a significant challenge. Presuming the engineers succeed, the business challenges arise. Aquanaut is envisioned as an IMR on-call service, providing the necessary activity when and where needed, without the expensive vessels, much as a ride-share service provides transport on demand. This is a notable change of approach and may radically change the economics of IMR.

Achieving this vision will demand that engineers not simply develop the technology. They will have to prove its reliability to subjective human operators. Lawyers and accountants will not understand the code and will only be convinced by successive demonstrations and incremental progress toward a fully autonomous IMR operating environment. To combine the words of offshore operators and managers, it will be a “long slog” before the “shiny robots” can do it all.

Glenair is a leading supplier of interconnect solutions to the Offshore Industry. We specialise in providing harsh environment connectors, backshells, connector accessories and sealed harnesses for a wide range of high reliability applications. Please visit us…