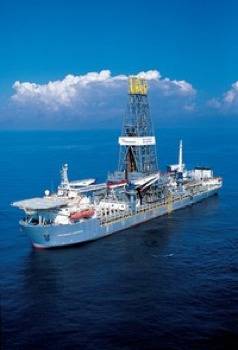 International provider of offshore contract drilling services for oil and gas wells, Transocean Ltd. has issued the report which provides the current status and contract information for the company's entire fleet of offshore drilling rigs. The total value of new contracts since the September 18, 2013 Fleet Update Summary is approximately $2.0 billion.

As announced earlier, the company has been awarded a five-year drilling contract for a newbuild dynamically positioned ultra-deepwater drillship by Chevron U.S.A. Inc. Shipyard delivery is scheduled for the second quarter of 2016. After customer acceptance, the contract is expected to commence in the fourth quarter of 2016 at a dayrate of $599,000, contributing an estimated revenue backlog of approximately $1.1 billion, excluding mobilization.

On October 10, 2013, the newbuild high-specification jackup, Transocean Ao Thai, commenced its five-year contract for work offshore Thailand at a dayrate of $135,000.

Other highlights are as follows:

Norwegian offshore engineering and construction firm Aker Solutions, in a consortium with Siemens Energy, has signed a contract…