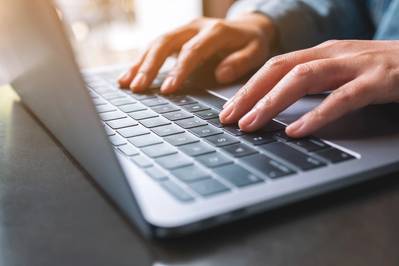 The WSSEF is one of the major annual events in Washington State’s Science, Technology, Engineering, and Mathematics (STEM) program, and the shift to an online format was accomplished with great speed in order to keep the students engaged.

Michel Huey, president and head judge of the WSSEF, said his team did encounter some challenges making the rapid shift from the traditional in-person event to the virtual format, particularly in training the volunteer judges.

“Online training ended up being much more time consuming than originally planned,” said Huey. “Luckily, we had enough willing volunteers who were flexible and understanding. We had some form of training available every day for six days leading up to the fair, but even that had to change as the state mandates changed.”

Huey said he received support from over 20 local organizations, including NUWC Keyport.

The WSSEF saw a variety of projects entered. Some students focused on astronomy, while others demonstrated remote drones. Huey said there were even projects dealing with computer coding and disease recognition.

Micaela Staedler, a mechanical engineer at NUWC Keyport, said the training she received was instrumental in allowing her to support the event, but still resulted in some amusing moments as she got used to the format.

“Since a big part of our orientation was directed at how to use the platform/sound issues, I didn't initially realize the numbering scheme for the projects,” said Staedler. “So when my judging group got their first student I was told a project number instead of a name or poster title and I had to rush to find the right project. Overall the process went smoothly.”

Jacob Yakawich, a Lead Computer Engineer at NUWC Keyport, said he provided support by helping get the data collection system up and running for the WSSEF.

“A couple of days prior to the event, I was tasked to help out on the data collection system so that when the judges put in their grading for each project the data would update a spreadsheet,” said Yakawich. “Another volunteer and I spent the days prior to the event making sure all the necessary forms and data collection system was up and running. During this time, we also taught judges about their role and how everything would flow.”

Huey said the event was a success largely because of the volunteers who performed many needed tasks, such as getting the online systems running and judging.

“WSSEF does not receive state funding, school education funds or other subsidies,” said Huey. “The WSSEF depends solely on sponsorships and our volunteers match each donation with enthusiasm and dedication ‘Promoting Future Scientists and Engineers.’”

Staedler said keeping events like the WSSEF on track is important for reasons that go beyond NUWC Keyport just being a good neighbor.

“I hope that by volunteering it shows the students what they are doing is important. The science fair is a great opportunity for students to get a taste of STEM and for many of them the research they do may propel them into their future careers,” said Staedler. “The more we bring people into STEM, the more we can progress and create newer, better or more efficient technologies. Plus, there is a decent chance some of these students will be working for the Navy someday.”