This Underwater Base Could Become the ISS of the Ocean 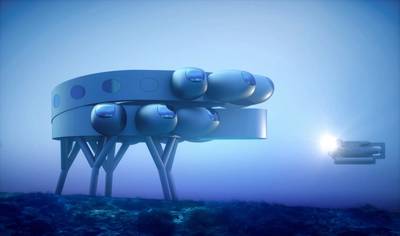 He calls the facility "Proteus" and envisions it being the ocean equivalent of the International Space Station — a place where scientists from across the globe can work together to solve the world's biggest problems, from climate change to world hunger.

"Proteus...is essential to driving meaningful solutions to protect the future of our planet," Cousteau said in a press release. "The knowledge that will be uncovered underwater will forever change the way generations of humans live up above."

The Need for Proteus

The need for a place like the ISS — somewhere in space where astronauts can live for weeks or even months at a time — is pretty obvious as even a single trip into orbit is both costly and risky.

The need for an underwater base where ocean explorers could live might not be as obvious, but it still exists due to the threat of decompression sickness.

When a diver is underwater, the pressure from the ocean causes nitrogen in their lungs to dissolve into their body — the amount of nitrogen increases the longer they're underwater and the deeper they dive.

If a diver returns to the surface too quickly, this nitrogen can form bubbles in their blood that can cause the symptoms of decompression sickness, also known as the bends.

To avoid it, then, divers must pace their return to the surface. For example, to avoid decompression sickness after spending one hour at a depth of 250 feet, a diver needs to spend five hours ascending — and that puts a major limitation on underwater research. 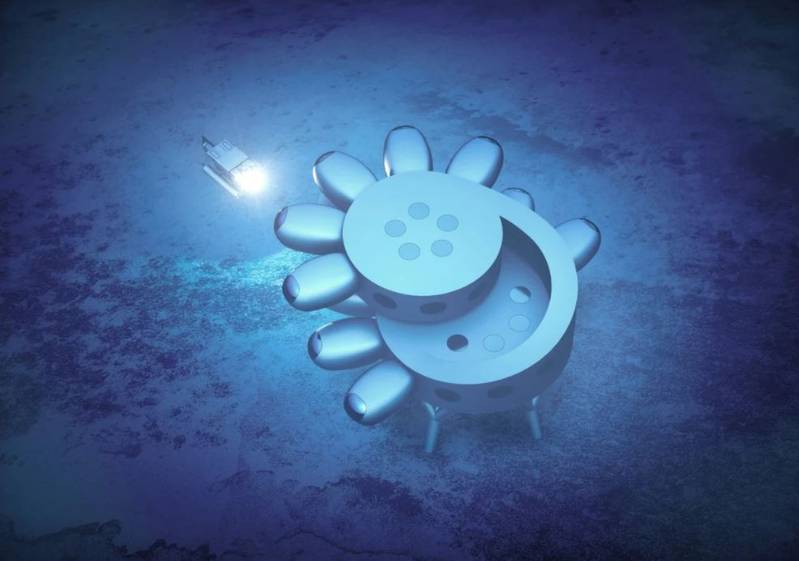 "If you need to be out in the water column — making your measurements, collecting the weird organisms that are there, doing engineering tasks — and you're operating from the surface, you don't have the luxury of time," Mark Patterson, a professor of marine and environmental sciences at Northeastern University, one of Cousteau's partners on Proteus, said in a press release. "You're on the clock the instant you hit the water."

An underwater base would give researchers a way to avoid this limitation — they could live in it for weeks and then just do one very slow ascent afterwards.

"(You'd) have unlimited time every day," Patterson said. "When you have time, you start seeing things that you didn't see before; you make discoveries you would not have anticipated, because you're present."

A Bigger, Better Underwater Base

Cousteau isn't the first to have the idea of building an underwater base for scientific research — there is already one off the coast of Florida where he himself spent 31 days in 2014.

But that 400-square-foot base can only accommodate six people — Cousteau plans for Proteus to be 4,000 square feet, with living quarters for 12.

Those researchers will have access to a laboratory, a medical bay, and even a hydroponic greenhouse where they can grow fresh food — assuming Proteus comes to fruition.

Cousteau told Forbes he expects it'll take three years and $135 million to build the underwater base 60 feet below the surface of the Caribbean Sea, just off the coast of Curaçao.

If he can raise the money to do that, the facility will then cost about $3 million per year to run, but he anticipates renting space on the facility to universities and private companies, which will help offset that expense.

For now, though, he's just focused on getting Proteus built.

"I'm just a crazy person with a dream," he told Forbes. "That sees this as being not only possible — but absolutely necessary — for our future well being, as well as a better understanding of our life support system."

Kristin Houser is a staff writer at Freethink, where she covers science and tech.

This article is republished with permission from Freethink. Read the original article.