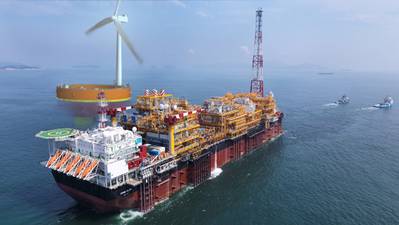 The megarotor system design called “The Big Cajun” was unveiled at the Floating Wind Solutions 2022 convention in Houston, Texas.
"The 20 Megawatt Big Cajun is the first that simultaneously extracts energy from slow-moving water and wind. This worldwide, patented technology utilizes unique rotor stacks in low water speed and conventional wind turbines to extract large amounts of power," the company said.

Under development in Louisiana, the Big Cajun is Waterotor’s first commercial ocean deployment.

"[The Big Cajun's] first application allows Big Oil to reduce its carbon footprint and drastically reduce costs by replacing diesel-generated electricity production on platforms that each consume 33,000 gallons of fossil fuel per day at an annual cost of over $70 million per year," the company said.

“Waterotor’s technology will provide access to a massive, untouched source of renewable energy for the first time,” said Fred Ferguson, Waterotor’s Founder & CEO. “No one has successfully commercialized energy production from flat moving water. This is the beginning of a new era.” 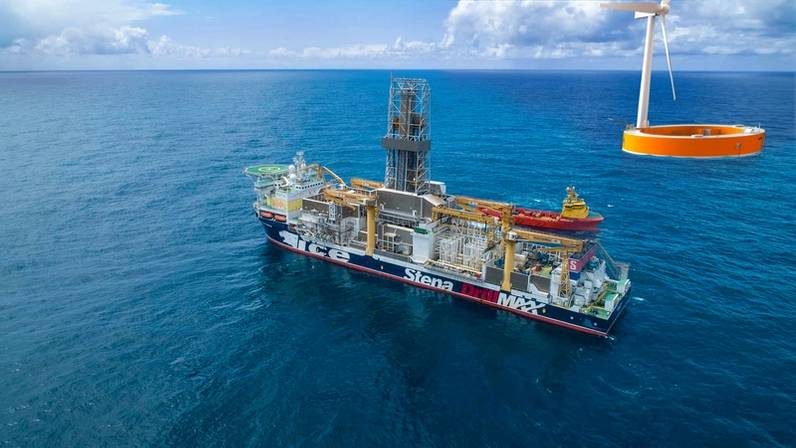 “Within the next year, we expect a major global corporation and/or power company to license our technology for ocean-produced electricity,” Ferguson said.

Waterotor has identified several potential sites for The Big Cajun, including an initial site located off Suriname and Guyana.

"Western boundary currents are among the fastest non-tidal ocean currents on Earth, reaching speeds of more than five miles per hour (2.5 meters per second) and containing as much as 100 times the combined flow of the world’s rivers," the company said.

Guyana is becoming one of the world's major deepwater oil provinces, on the back of multiple oil discoveries made by Exxon, and will see multiple FPSOs deployed in the giant Stabroek block in the years to come. Suriname is looking to become the next big thing in offshore oil following a string of oil finds by TotalEnergies and Apache.

The Big Cajun renders shared by the company show a giant floater with a wind turbine installed aboard it, moored next to an FPSO and a drillship.

"The Big Cajun is being developed with major contractors under the direction of marine architect Herman J. Schellstede. This project will be a boost to American manufacturing and Louisiana’s economy," Waterotor said.

Offshore Engineer reached out to Waterotor to ask whether the system has already been pitched to the likes of ExxonMobil and TotalEnergies, given the planned deployment in Guyana and Suriname.

Jonathan Paquette, Chief Admin at Waterotor replied: "We are targeting O&G giants as clients for this but we have not started approaching them yet. This is our first public disclosure of this system so we will be making the connections in the coming months." 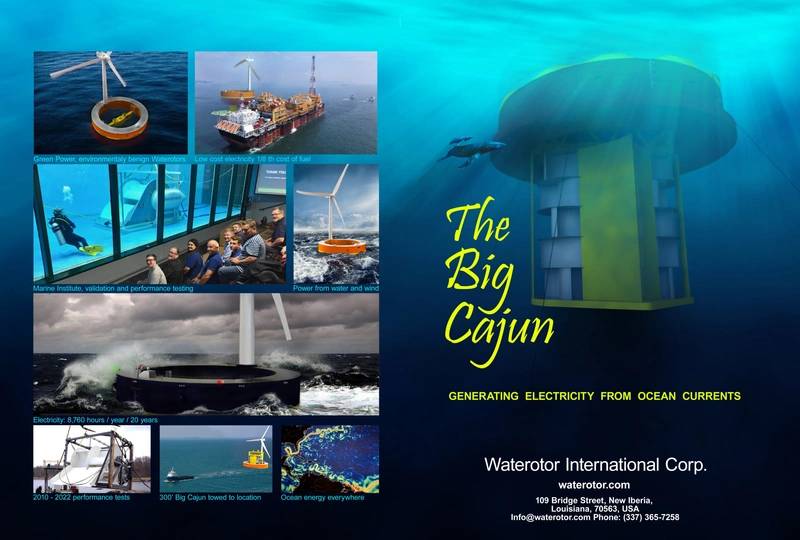