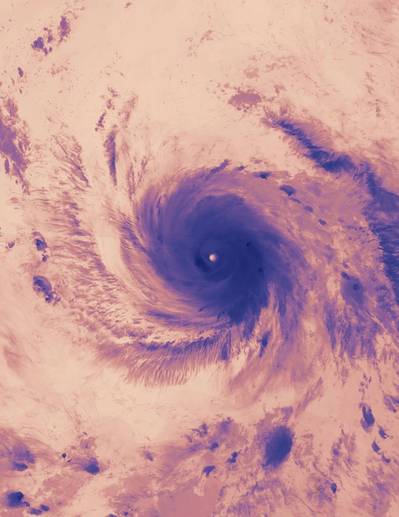 Maria, which weakened into a Category 2 hurricane on Wednesday, could regain major hurricane status by Thursday, the U.S. National Hurricane Center (NHC) said in its latest advisory.
Catastrophic flash flooding was occurring over portions of Puerto Rico with conditions now deteriorating over the eastern Dominican Republic, the NHC said.
The hurricane was about 25 miles (45 km) north northwest of Aguadilla, Puerto Rico with maximum sustained winds of 110 miles per hour (175 km per hour), the Miami-based NHC said. Any hurricane with top sustained winds of at least 111 is classified as major.