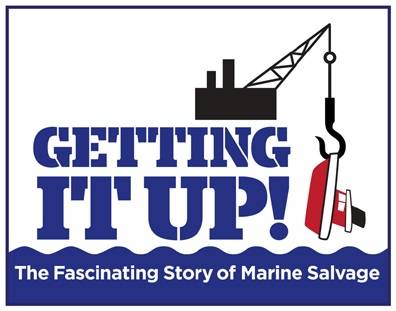 In a special program in Manhattan on May 6, the Working Harbor Committee presents a timely, educational and entertaining program that answers the question: What happens to a ship after it sinks?

Unfortunately, some ships come to grief. Witness the tragic sinking of the South Korean ferry Sewol on April 16, or the doomed cruise ship Costa Concordia that ended up on the rocks off Giglio, Italy in 2012. When there is trouble on the water the marine salvage industry arrives with divers, engineers and some amazing expertise and heavy equipment to protect the environment and save what can be saved of the ship.

The nonprofit Working Harbor Committee of New York and New Jersey will present an evening program on May 6 that will showcase this little known, but vitally important, arm of the maritime industry with dramatic films of actual salvage operations and talks by some of the salty professionals who work in the industry: “Getting It Up! The Fascinating World of Marine Salvage.”

According to the event organizers, film clips that rival the intensity of scenes in “The Deadliest Catch” will show historic footage of the raising of the SS Normandie, a.k.a. World War II troop carrier USS Lafayette, which burned and sank in 1942 at Pier 88 North River, NYC, the present-day Passenger Ship Terminal; the dismantling and salvage of the freighter New Flame off the coast of Gibraltar; and the raising of the cruise ship Costa Concordia last September – the largest salvage operation in history.

A panel of three salvage industry professionals will give a brief overview of the industry, describe their work as salvage masters in some hands-on projects, and answer questions.

Capt. Betsy Frawley Haggerty, an award-winning maritime journalist who is member of the Board of Directors of the Working Harbor Committee, will moderate.

Refreshments will be served.