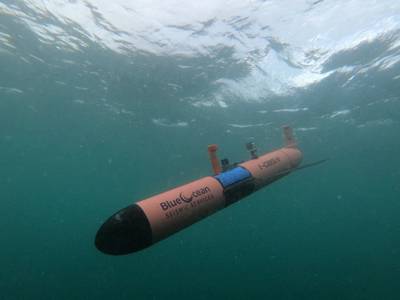 Blue Ocean Seismic Services, which is working on autonomous ocean bottom seismic robotic vehicle technology, said on Tuesday that it had finished a series of passive and active seismic trials that proved the quality of seismic data collection.

This puts the company on track to start pre-commercial trials of its marine swarm robotics technology during the second half of 2023.

According to the company, the technology will capture high-quality seismic data from the ocean floor for multiple applications such as offshore wind, oil and gas, and CCS.

The company has recently undertaken technology testing in Plymouth, the North Sea, and Australia towards confirming the effectiveness of command and control systems, underwater flight performance, seismic coupling and active seismic data acquisition.

Focusing on the recent North Sea active seismic trial, the company said it had achieved its technology and data collection objectives, including:

"These objectives were all achieved in the active seismic survey, in particular confirming that the geophysical performance is on track.  With this confirmation, the company will continue its rapid progression towards the commencement of commercial operations in 2024, starting with the assembly of up to 250 OBSrV version 1 nodes (based on the AP-OBSrV design) in batches, with pre-commercial trials in H2 2023," the company said.

Blue Ocean Seismic Services is continuing talks with industry partners "about their strong interest in our services and pre-qualifying for future tender opportunities" before starting pre-commercial trials in the second half of 2023.

"In addition, following substantial interest from potential customers, the company also plans to open a new office in Houston, Texas, in Q1 2023, in line with its strategy to establish a presence in key markets," Blue Ocean Seismic said.

Wales’ national marine test center, META, said Thursday it has upgraded its Marine License, so it can now accommodate more…