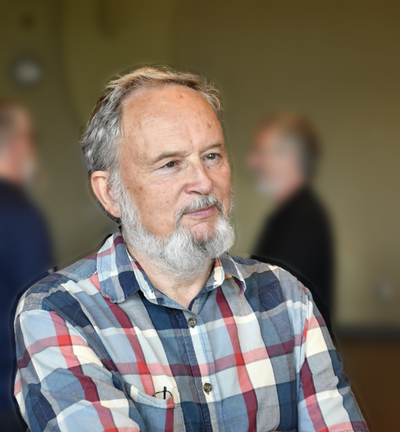 Dr. Gary Borstad has received the Val Shaw Memorial Award in recognition of his career-long contribution and lifetime achievements in practical remote sensing applied to natural resource management. The award was presented at the 40th Canadian Symposium on Remote Sensing in Fredericton, New Brunswick on June 25, 2019. The Val Shaw Award was established in 1990 in memory of Val Shaw, an executive with the Bercha Group and a strong proponent of remote sensing in Canada.

Gary was educated at the Universities of Alberta, Paris and McGill and has been active in remote sensing since 1975. With his partner, Lorraine, he founded Borstad Associates Ltd. in 1983 to provide remote sensing data acquisition and analysis internationally. In 2009, Borstad Associates merged with ASL Environmental Sciences Inc. to provide expanded capabilities. He is now retired (mostly).

In his 40-year career, Dr. Borstad worked with all types of remote sensing data, but has played an important national and international role in the development of hyperspectral sensors and applications. He began using an airborne spectrometer in 1978 to map solar-stimulated fluorescence from phytoplankton with Dr. Jim Gower at Fisheries and Oceans Canada. He and the Borstad team later helped design and develop the Compact Airborne Spectrographic Imager and have since worked with six generations of imaging spectrometers.

In accepting the award, Gary began by thanking Lorraine, his parents, mentors and team members, going on to say that "no one ever achieves anything by oneself—it is about the people around us."