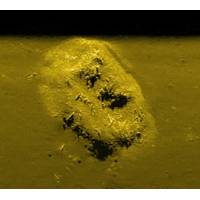 while 75 / 230 kHz combinations provide long range 2,000 meter wide swath searches such as the one recently that resulted in the discovery of the USS Indianapolis. EdgeTech sonars are the benchmark for deep water searches and are presently in service on the ongoing Ocean Infinity search for Malaysian Airlines missing flight MH370.  EdgeTech takes great pride in knowing its high quality reliable underwater acoustic imaging systems continue to assist in these demanding endeavors 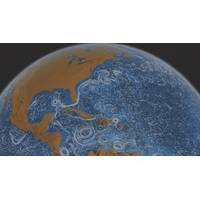 The Evolution of Ocean Models

numerically represent the assumed equations, errors always exist in computer codes.”   The Search for MH370 Nevertheless, scientists who specialize in ocean model development have made massive strides in their quest for perfection. When a flaperon (part of a plane wing) from missing Malaysian airlines flight MH370 turned up on La Réunion Island in the Indian Ocean in July 2015, Dr. Durgadoo and his colleagues had a brilliant idea. By using their state-of-the-art ocean model, they reasoned that it should be possible to help find out where the plane had crashed.   “The 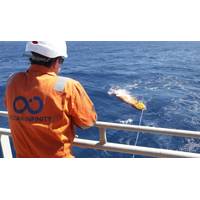 Malaysia confirmed early on Thursday that a piece of a wing washed up on an Indian Ocean island beach last week was from Malaysian Airlines flight MH370, the first trace of the plane found since it vanished last year with 239 people on board.   "Today, 515 days since the plane disappeared, it is with a heavy heart that I must tell you that an international team of experts have conclusively confirmed that the aircraft debris found on Reunion Island is indeed from MH370," Prime Minister Najib Razak said in an early morning televised address.   "I would like to assure all 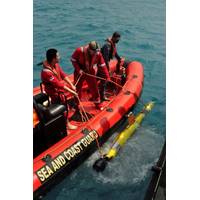 pipe using the EM2040 multibeam echosounder. It follows the pipe collecting a photomosaic of the entire length of the tracked pipeline. During this stage it is also using a methane sniffer to help detect any leaks. Byus, Bluefin In 2014, the world bore witness to the tragic disappearance of Malaysian Airlines Flight MH370 over the Indian Ocean.  The search effort immediately following the incident was critical to increase the chances of finding the airliner along with any potential survivors.  The search required a deep diving AUV, and the US Navy called on Phoenix International to mobilize 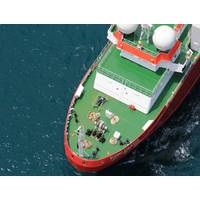 Dutch engineers this week started a months-long survey to map unchartered deep-sea terrain at the bottom of the Indian Ocean, the next step in the search for the wreck of Malaysian Airlines flight MH370, a company official told Reuters. A survey ship from Dutch engineering company Fugro , carrying 40 crew and technicians, began mapping out an area larger than the Netherlands, some 1000 miles (1,600 km) east of the northwest coast of Australia. The search for the lost plane is being coordinated by the Australian Transportation Safety Board and is expected to cost 60 million Australian dollars

. The findings of the review will be made public in due course. The Chinese survey ship Zhu Kezhen has already begun conducting the bathymetric survey – or mapping of the ocean floor – of the areas provided by the ATSB. Its operations are being supported by the Chinese ship Haixun 01 and Malaysian vessel Bunga Mas 6 which are assisting with transporting the survey data to Fremantle weekly for further processing by Geoscience Australia. A contracted survey vessel will join the Zhu Kezhen in June. The bathymetric survey is expected to take about three months. Knowing the seafloor terrain 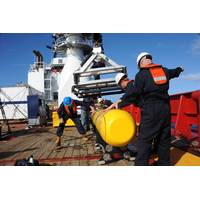 Bluefin Robotics on the Hunt for MH370

When Malaysian Airlines flight 370 disappeared on March 8, 2014 with 239 souls aboard, so began an aviation disaster and mystery. While a collaborative effort continues to hunt for clues in some of the world’s most remote, hostile and uncharted ocean environments, the subsea industry – and more specifically the AUV sector – has garnered international headlines, as Phoenix International, under contract to the U.S. Navy, has deployed its Bluefin 21 Artemis AUV in the search. Last month MTR caught up with Bluefin CEO David Kelly for his take on the search and the implications of the