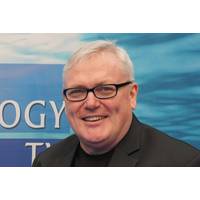 Robotics Inc. announced Monday that its subsidiary Kraken Robotic Systems Inc. has been selected by the U.S. Office of the Secretary of Defense, Comparative Test Office, to participate in a Foreign Comparative Testing (FCT) program in support of a U.S. Navy Program of Record managed by the Naval Sea Systems Command, EOD Program Office. The FCT is designed to test selected foreign technologies as evaluated by U.S. military operators, with a view to future procurement.Under this contract, Kraken will integrate its AquaPix MINSAS sensor on a man-portable AUV owned by the U.S. Kraken’s AquaPix 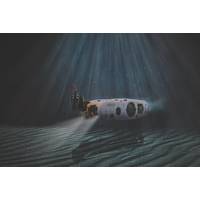 using underwater autonomy, causing disruption.”For these reasons, navies have been ramping up their activity in developing MAS and unmanned systems. “We are doing a lot of work in autonomy and automation,” Rear Admiral Moises DelToro III, Deputy Commander for Undersea Warfare, Naval Sea Systems Command; Commander, Naval Undersea Warfare Centet, United States Navy, told UDT. “Over the past 2-3 years there’s been a lot of work in unmanned systems. We have been able to deploy unmanned undersea vehicles from a US submarine. We’re also experimenting with unmanned aerial vehicles 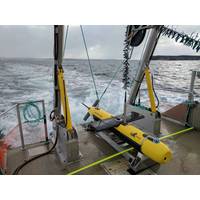 Sonar. Over the past five years, we have worked well with various U.S. Navy groups, and these efforts have accelerated significantly over the past 18 months. We look forward to further collaboration with NUWC to develop cost-effective solutions that support the warfighter.”NUWC is part of Naval Sea Systems Command (NAVSEA). NAVSEA along with its predecessor organizations have been responsible for the design, construction, delivery, maintenance and disposal of the U.S. Navy’s ships and ship systems. NUWC is the center for the majority of research, evaluation, engineering operations, and assistance

additional Raytheon mission modules to complete the system. The Navy will take delivery of the DART Mission System from Raytheon later this year and plans to take the system to the Atlantic Undersea Test and Evaluation Center early next year for additional testing.PEO USC is affiliated with the Naval Sea Systems Command and provides a single program executive responsible for acquiring and sustaining mission capabilities of the LCS class, from procurement through fleet employment and sustainment. The combined capability of the LCSs and LCS mission systems is designed to dominate the littoral battle space 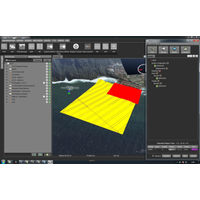 SeeByte said it has been awarded a Naval Sea Systems Command contract valued at $22.59 million over five years to provide engineering, technical support and training services for the MK18 Unmanned Underwater Vehicle (UUV) Family of Systems (FoS).   The award allows the government to execute task orders with SeeByte for the provision of various supplies and services including but not limited to upgrades to the SeeTrack Common Operator Interface for Navy (COIN) EOD software modules, purchasing of autonomy software (SeeByte’s Neptune autonomy engine) licenses for MK18 UUVs, MK18 software and

US Navy Partners with ALFA International

, aerospace and telecommunications industries,” said Rajab Aboubakr, president of ALFA International. “We look forward to working with the Navy and other customers in addressing needs for environmentally friendly protection of subsea equipment.” NUWC Newport is a U.S. Navy Naval Sea Systems Command laboratory devoted to the research, development, test and evaluation of undersea warfare systems. Located in Middletown, R.I., the Division makes its research products available for commercial development under patent license agreements and Cooperative Research and Development Agreements 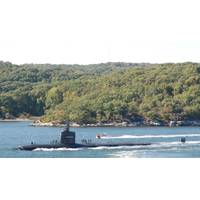 USS Providence Returns Ahead of Schedule

the Fleet 23 days ahead of schedule and on budget April 7.   USS Providence arrived at Portsmouth Naval Shipyard December 4, 2015, for a Pre-Inactivation Restricted Availability (PIRA). The project team and ship's crew worked seamlessly throughout the maintenance availability to meet the Naval Sea Systems Command's mission priority of the on-time delivery of ships and submarines.   "As a team, the shipyard with the captain and crew of Providence, focused on the positive plan forward," said project superintendent, Mark Ayotte. "Together we reached our goal of getting the warfighter 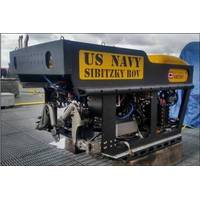 US Navy ROV Gets a New Assignment

A U.S. Navy remotely operated vehicle, designed and built by Phoenix, has been transferred to Undersea Rescue Command.   Tasked by the Naval Sea Systems Command (NAVSEA) Office of the Director of Ocean Engineering, Supervisor of Salvage and Diving (SUPSALV) to design and build a remotely operated underwater vehicle (ROV) to conduct salvage operations to water depths of 2,000 feet of seawater (fsw), Phoenix International Holdings, Inc. took the vehicle, originally named Hydros, from a “blank piece of paper” to a completed ROV ready for at-sea testing within the span of 10 months.