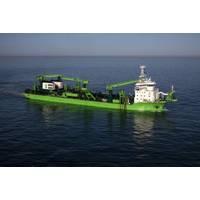 The trailing suction hopper dredger (TSHD) Bonny River built at Royal IHC’s Chinese partner yard COSCO Guangdong Shipyard was recently delivered to the Belgian dredging company DEME.   The TSHD features a number of advance technologies, and is driven by controllable pitch propellers and transverse thrusters from Schottel. With a 15,000 cbm capacity, the vessel is capable of dredging hard soil and able to work in water depths of more than 100 m.“The design of the Bonny River is inspired by a drive to continuously innovate from an ecological and efficiency perspective," 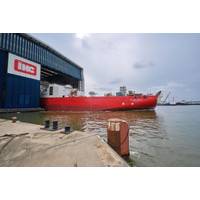 Shipbuilder Royal IHC has launched the fully integrated reel-lay vessel Seven Vega for subsea engineering, construction and services company Subsea 7.The ceremony took place at IHC’s shipyard in Krimpen aan den IJssel, The Netherlands, and was performed by Monica Th. Bjørkmann, Vice President for Subsea 7 in Norway.Stuart Fitzgerald, Executive Vice President Strategy and Commercial Subsea 7 said, “The vessel marks an important investment for the future. When delivered in early 2020, Seven Vega will be one of the most capable and cost-effective reel-lay vessels in the market and a 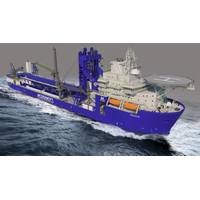 The Netherlands based Royal IHC said it has been awarded a contract to modify McDermott International Inc.’s pipelay and construction vessel Amazon. The scope includes the delivery of an innovative and complete J-lay system to the Houston based company.IHC will be responsible for the overall management of the modification project, from the design through to the integration of the new equipment. It includes the construction and installation of the IHC-designed and patented J-lay system, and associated onboard multijoint factory, modifications to the ship’s structures, and the removal and 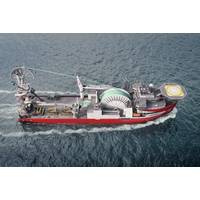 The keel laying ceremony for Subsea 7’s new reel-lay vessel took place at Royal IHC in Krimpen aan den IJssel (Netherlands), July 5th. In line with this major milestone Subsea 7 announced the vessel will be named Seven Vega, which is the winning suggestion of an employee vessel naming competition. Stuart Fitzgerald, Executive Vice President Strategy and Commercial Subsea 7 said: “The vessel marks an important investment for the future. When delivered, Seven Vega will be one of the most capable and cost-effective reel-lay vessels in the market and a global enabler for Subsea 7. It has

Dutch supplier of vessels, equipment and services for the offshore, dredging and wet mining markets Royal IHC said it has acquire all of the outstanding share capital of Dutch based engineering and consultancy company KCI the Engineers B.V. from Dutch-Norwegian offshore service provider Oceanteam ASA.   IHC said it plans to maintain KCI as an independent brand and operating company which will continue to serve external clients while also working on IHC projects.   Diederik van Rijn, IHC Group Executive Director, said, “The acquisition KCI fits within the overall strategy of 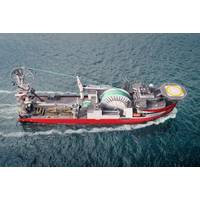 Royal IHC and Subsea 7 have signed a contract for the design and build of a high specification reel lay vessel capable of installing complex rigid flowlines including pipe-in-pipe systems.   IHC said it has worked in close cooperation with Subsea 7 to incorporate several innovative features to make this one of the most technologically advanced vessels to date. The vessel’s compact dimensions are facilitated by the creative positioning of its three engine rooms and main reel, efficient use of the superstructure and low-profile pipelay ramp. The smart use of space opens a large aft working

maximise their operational efficiencies while meeting evolving industry requirements. “The hybrid AUV development – and our partnership with Saab – demonstrate our commitment to remaining at the forefront of the subsea sector through the application of advanced technology.” Royal IHC has a 57% stake in Tompkins UK Limited, the parent company of Modus Seabed Intervention founded by the Tompkins family. IHC is also a partner in the TI Geosciences joint venture (that IHC and Tompkins created in 2015). The strong combination of IHC and Tompkins gives customers access to technologically 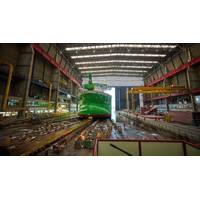 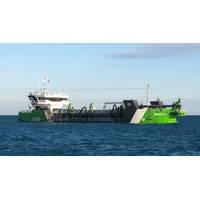 In the last two months of 2016, IHC saw a substantial increase in the sale of its vessels, equipment and engineering packages. Almost half of the total order intake over 2016 was secured in this period. “We see market recovery in the dredging and renewables industry, and are positive that this will continue in 2017,” says IHC CEO Dave Vander Heyde. “We are pleased to note that IHC’s strategy, which focuses on making advanced equipment for various maritime sectors and the rental of equipment, contributes to this result.” Standardised Easydredge 2700 One of the 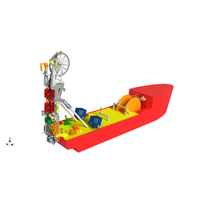 Royal IHC have signed a contract with Shanghai Salvage in China for the supply of an integrated 550t Reel lay system. This will be the first Reel lay system in the Chinese market and will be one of the largest and most sophisticated Reel lay systems worldwide. The pipelay system, which includes not only rigid pipe but also flexible pipe lay capability, will be installed on the new offshore construction vessel of Shanghai Salvage. IHC Engineering Business, a subsidiary of Royal IHC, will lead this prestigious project, with engineering concept design already well underway. Project execution of