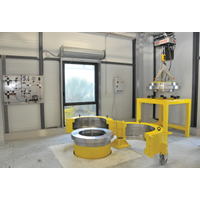 MacArtney to supply and test several underwater connectors for INFN - the National Institute for Nuclear Physics.INFN for the IDMAR Research Infrastructure in Sicily supports, among others, the KM3NeT (Cubic Kilometre Neutrino Telescope) infrastructure in the Mediterranean Sea. MacArtney Underwater Technology will be working with INFN for the duration of a system solution project to provide junction box mechanical frames and pressure vessels designed to host OPAs (Optical and Power Assemblies) for the connection of neutrino detection units from the seabed.Connected from the shore station by approximatel

available.The partnership agreement will focus on two phases: during the first phase, the companies will develop a business model and define a deployment plan for Italy. At the same time, the first ISWEC industrial installation will be completed near Eni’s Prezioso platform in the Strait of Sicily, in the Gela offshore, with a launch planned for the second half of 2020.During the second phase, the parties will work on the formal constitution of the new company, in addition to devising a plan for the production and development of activities, starting with the implementation in Italy’s 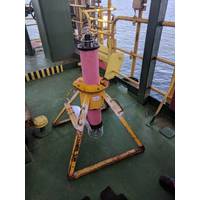 Navigation, positioning and underwater imaging solutions provider iXblue said it has been chosen by the European Institute for Marine Studies (IUEM) to provide 8 Canopus long baseline (LBL) transponders for a geodetic mission off the coast of Sicily. Deployed on the seabed, 2,500 meters below the surface, the Canopus transponders will measure the crustal deformation along the North-South Alfeo faults with a millimeter-scale resolution over the course of four years.Hubert Pelletier, Head of iXblue Acoustic division, said, “Because the Canopus transponders precisely meet the exacting requirements discoveries of the century in that we now have a new story to tell of a navigational route that connected the ancient Mediterranean," Campbell told Reuters.The vessels and their contents paint a picture of ships carrying goods on routes from the Black Sea, Greece, Asia Minor, Italy, Spain, Sicily, Cyprus, the Levant, Egypt and north Africa.The team has raised more than 300 antiquities from the shipwrecks, particularly amphorae, giving archaeologists rare insight into where goods were being transported around the Mediterranean."Ninety percent of the shipwrecks that we found in the Fournoi 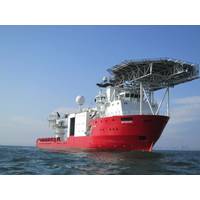 Subsea services provider DOF Subsea said it has recently inked a new contract to undertake the pipeline inspection on the Transmediterranean Pipeline Company Limited (TMPC) Pipeline System in Q3 2017. The scope involves inspection of five submarine pipelines between Sicily and Tunisia and during the scope, DOF Subsea will survey over 750 km of pipeline. DOF Subsea said it will deploy the high specification survey vessel MV Geosund to complete the inspection work scope and pipeline intervention. The latest contract award comes after DOF Subsea completed a similar scope for TMPC in 2014. 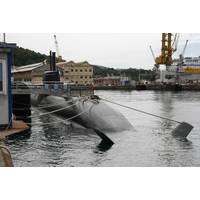 home from the naval base in Tobruk on June  10, 1940 with the declaration of War, taking the lead of the submarine Pier Capponi and standing out for audacious and successful combat missions, so much to be defined the abysses corsair. In a war mission led on  November 10, 1940 in the Strait of Sicily (50 miles SE from Malta), he attacked a British naval formation - consisting of an aircraft carrier and two battleships convoyed by several destroyers – probably heavily hitting a battleship.   On March 31, 1941, the unit left Messina for a mission, heading towards the central Mediterranean cost.   Clean Sea can be operated in either autonomous underwater vehicle (AUV) or surface controlled remotely operated vehicles (ROV) mode and is therefore more versatile than ROV based technologies.   Eni will establish two logistics bases, one in Angola for West Africa and the other in Sicily for the Mediterranean region, with a dedicated operative team to cover worldwide routine activity.   In the Mediterranean basin, Clean Sea will be operated by Enimed in Gela. Starting from the first quarter of 2016, two teams will be in charge of the maintenance and operation of the vehicle 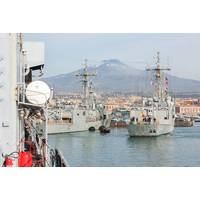 to safety. “Sicilian Maritime Command (MARISICILIA) will support the exercise assets during their operational port visit in Augusta and Catania harbours, in order to provide them logistic support, in details for refuelling operations, medical assistance and personnel accommodation” said Sicily Maritime Commander Rear Admiral (LH) Nicola De Felice (Italian Navy).   Exercise DYNAMIC MANTA-16 will be supported by an In-Stride Debriefing Team (IDT) who will produce an analysis of the trainings from submitted highlights signals. The team will analyse anti-submarine warfare events real 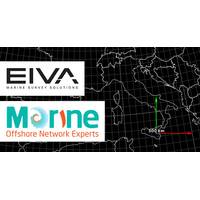 EIVA Dives into the Med

time with the Italian company Marine ONE.   Marine ONE will be the first company in Italy to hold the title as authorized EIVA representative.   EIVA Day Italy 2015 to be the first joint activity  The new agreement kicks off with an EIVA Day Italy taking place next week in Sicily on 27 October at the Nautical College of Catania (Istituto Tecnico Nautico Statale Duca degli Abruzzi), at which both EIVA and Marine ONE will be present. The event offers offshore professionals a chance to learn more about EIVA’s solutions and services and how the company in cooperation with