Since 2019, hydrogen and carbon capture and storage (CCS) have risen up the political agenda, globally, offering a route to decarbonization, as well as (more recently), increased energy security. Many are eying use of existing pipeline to make both happen. Elaine Maslin takes a look.

Hydrogen production and CCS offers a more or less “green” decarbonization options for oil and gas companies, alongside carbon capture and storage (CCS), especially if existing offshore infrastructure could be reused to make it happen. Instead of bringing natural gas onshore from offshore reservoirs, existing pipelines could be connected with offshore wind parks that produce hydrogen, when there’s excess wind power. Alternatively, they could be used to export sequestered CO₂ from onshore power production facilities or industrial areas to be stored underground out at sea.

Pauline Innes, Head of Decommissioning at UK regulator the North Sea Transition Authority (NSTA, formerly the Oil & Gas Authority), said analysis by NSTA has highlighted about 100 pipelines of particular interest for reuse in the UK sector. “If a pipeline were to be used for CCS or hydrogen (or indeed any other use) it has the effect of saving the new owner the time, effort and cost of installing a new pipeline,” she says. “That’s not only good from an environmental perspective it’s also good from a cost perspective. Money saved from installing infrastructure can be used elsewhere in the business.”

If half of those 100 identified pipelines were to find a life beyond oil and gas, the cost saving of not building new pipelines would be about £7 billion, she says. It’s a big opportunity, but it does come with a health warning, she says. “The truth is that further work is required to determine exactly how many of those pipelines are suitable for repurposing.”

Graeme Rogerson, Senior Project Manager at the Net Zero Technology Centre (NZTC, formerly the Oil & Gas Technology Centre), agrees. He said that offshore submarine pipelines haven’t got up to speed when it comes to design codes for reuse for hydrogen, but that there is a longer history for reuse and transportation of CO₂.

That’s not stopping companies working up ideas. Among others, Mitsubishi Corp and Shell have pledged to produce 400,000 tons of green hydrogen from a European offshore wind project by 2030, while the Longship project in Norway is looking at, among other things, producing and transporting blue hydrogen via existing pipelines, with the associated CO₂ also sequestered and then stored offshore.

Neptune Energy is busy in this space with its PosHYdon and H2opZee projects. The first is a pilot aimed at gaining experience in integrating energy systems offshore. It will see a 1MW offshore wind powered electrolyzer installed on the Q13a-A platform offshore the Netherlands sometime next year. Hydrogen produced will be fed into an existing natural gas pipeline into the national grid, mixed in with the natural gas.

Learnings from this project will feed into green hydrogen production further offshore, says Neptune, which is already planning the H2opZee demonstration project (an initiative of TKI Wind op Zee, which is supported by the Dutch government). This aims to have a 300-500MW electrolyser capacity in 2029.

The H2opZee could feed into the NOGAT (in use since 1992) and the Noordgastransport (in use since the 1970s) pipelines (24-in. and 36-in. respectively). “There’re made of the same steel the offshore pipelines are made of which are now converted into hydrogen backbone,” said Neptune. “A few years ago, studies showed it can be used for gas molecules, hydrogen molecules or a blend. Recertification is needed and now in process [to do that] for valves etc.” 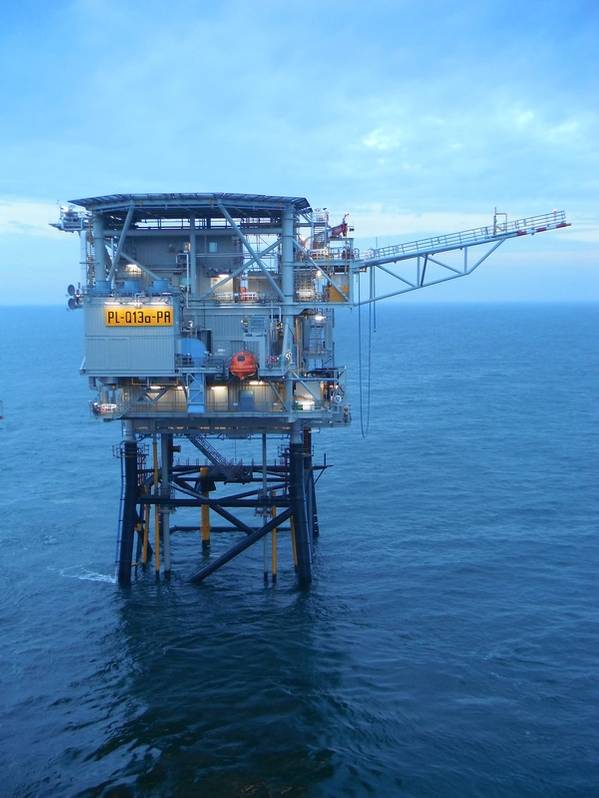 “The North Sea is really one of many mature basins where we have a lot of infrastructure in place that’s coming to the end of its life for hydrocarbons,” he said. “The fields they service have depleted, but there might be a great opportunity there to pivot those basins into carbon sinks rather than carbon sources as we can store CO₂ in the depleted reservoirs.”

Cooper said transport of hydrogen in pipelines isn’t new. But it comes with some considerations, such as embrittlement, which causes a drop in fatigue resistance, loss of toughness and sulphide stress cracking. “Hydrogen induced cracking, as well, can be associated with hydrogen,” he said. Some of these issues are similar to issues the upstream industry is used to, for example is sour gas or fluid service. However, they’re a “bigger deal” with hydrogen.

The established design code for hydrogen service is ASME B.31 12 and the usual mitigation for embrittlement is to stay with quite a low strength steel, e.g. X52, said Cooper. However, damage like a gouge or a dent could be relatively more of a concern with hydrogen with other fluids.

H2Pipe is focusing on blended and pure hydrogen transport in 16-48-in. pipelines, installed or for installation via J-lay, S-lay and reel-lay, with the goal of developing a recommended practice (RP) as a supplement to the existing offshore pipeline standard (DNV-ST-F101), similar to an RP for CO₂ pipelines.

“The objective of the JIP is to develop a Guideline for Design, Construction and Operation of hydrogen Pipelines which will be a supplement to the DNV Pipeline Standard,” said Jan Fredrik Helgaker, project manager on the project. “For C-Mn steel pipelines, components and associated welds, it is well recognized that hydrogen may promote hydrogen embrittlement which could have an adverse effect on the pipeline system integrity, and hence impacting both the design and operation of such pipeline systems. There are still uncertainties related to how hydrogen gas or blends may affect the mechanical properties of these materials.”
A first revision was shared in December 2021, but there are still uncertainties around how hydrogen gas or gas blends may affect mechanical properties of pipelines, so experimental test programs are being run to further develop the guidance with an RP expected to be published in 2023.

Neptune also has plans for large-scale CCS in the Dutch North Sea. There’s some experience in the area, such as the Snohvit project offshore Norway. Over 14 years, Neptune has been reinjecting CO₂ into a gas field from its K12-B platform offshore the Netherlands. Now, it’s conducting a study, assessing the feasibility of injecting between 5 and 8 million tonnes of CO₂ annually into the depleted gas fields around our operated L10-A, L10-B and L10-E areas.

Speaking at a Subsea Pipeline Technology webinar, Cooper said CO₂ is a more “pipeline friendly” gas, without the embrittlement problem and flows nicely when in the right condition, i.e. into the dense phase. However, the tiniest of impurities impact where phase transitions occur and very specific compressors need to be used. While these two issues are “very solvable”, there are “other complications”, he said. One is sudden depressurization of a pipeline packed with dense phase CO₂, which could result in a blocked line.

Another is corrosion, if water gets into the mix, which means ensuring no water gets in. Running ductile fracture is also an issue, said Cooper. “This is the tendency of a longitudinal defect, to open up and leak and then run along a very long length very fast in the direction of the internal pressure.” While this is a familiar issue that’s dealt with for dry gas, “CO₂ is a bit more demanding”, because of its properties as a dense phase, when it depressurizes, maintains an evaporation pressure for a very long period, so cracks continue to grow. That drives a requirement for increased toughness, “which is fine if you’re building a new pipeline; not so easy if you have an existing pipeline so we have to be a bit careful about that one.”

CO₂ also likes to dissolve polymers, so traditional pipeline inspection gauges could be a problem, but this is being looked at by the likes of Rosen and others, said Cooper. 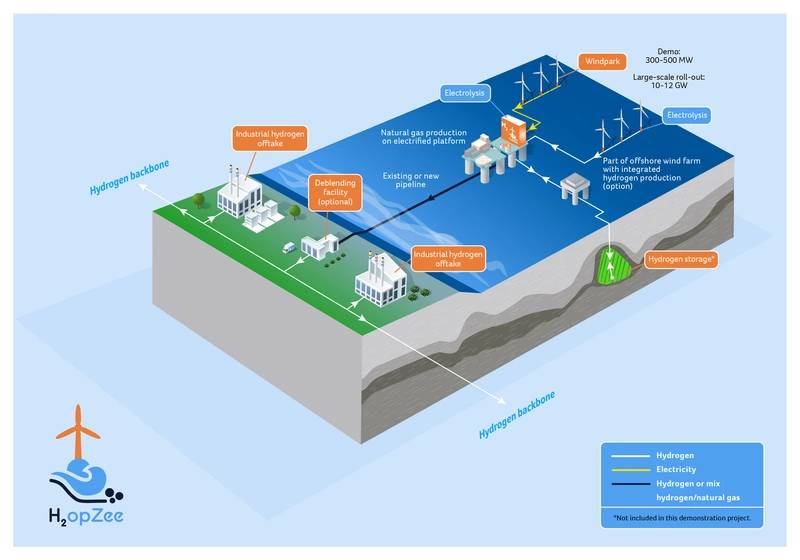 Marc MacDonald Head of Clean Fuels at TÜV SÜD National Engineering Laboratory in Scotland also raises another challenge – being able to measure CO₂ as a fluid, particularly as it’s subject to phase changes, which could lead to measurement inaccuracies. That’s important, he said. “Whether through taxation, carbon credits or some other means, CCS schemes will be monetized; we already have an accuracy requirement ±1.5% of mass from the EU ETS.

“In the future, flow meters will likely act as ‘cash registers’ for CCS schemes, as they do currently for the oil and gas sector. Of course, measurement inaccuracy undermines the technical and economic viability of these schemes.” For these reasons, TUV SUD National Engineering Laboratory is researching how measurement practices for CO₂ can be improved.

There are many questions, but it’s still an opportunity, says Rogerson. “No one has written the book on this yet and it’s all to play for.” He says pilot projects onshore currently make more sense, but that “reuse, repurposing of existing assets will happen. It will be on a case by case basis. If we are talking about pipelines, the larger diameter and longer pipelines get, the more critical they are and that means they have been looked after better. They are the ones most likely to be reused repurposed.”