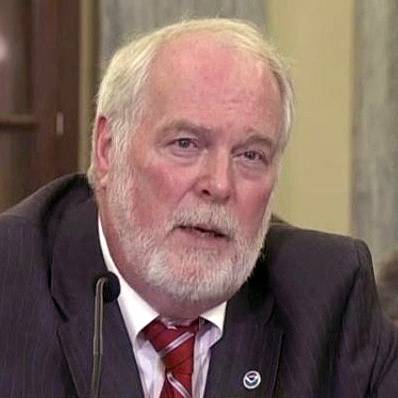 On March 3, 2021, President Joe Biden designated David Kennedy as Chair of the United States Arctic Research Commission (USARC), an independent federal agency that advises the President and Congress on Arctic Research. Kennedy succeeds former Chairman Jon Harrison, who continues to serve as a commissioner on the USARC.

“I’m honored to be entrusted by President Biden with the responsibility of leading the USARC, a small, but important independent commission focused on advancing US Arctic research interests for the benefit of the nation. The research recommended by the commission, both basic and applied, helps inform the development of a wide range of public policy, on topics ranging from Arctic residents, climate change impacts, stewardship, security, and sustainable development.”

Kennedy has over 50 years of experience and leadership in science, research, environmental management, and development of legislation and national initiatives. A native of Oskaloosa, Iowa, he received a bachelor’s degree in anthropology from the University of Northern Colorado, and then spent six years as a U.S. Air Force pilot based in Alaska. He subsequently worked at the University of Alaska’s Geophysical Institute in Fairbanks as the Research Facilities Director, and later the Director of the Spilled Oil Research Team focusing on Arctic pollution issues.

This led to a 30-year career at the National Oceanographic and Atmospheric Administration (NOAA), culminating as the Senior Policy Advisor for the Arctic region where he addressed policy goals, objectives, and programs until 2020.

He previously served as NOAA’s Deputy Under Secretary for Operations. As NOAA’s Chief Operating Officer, he was responsible for the day-to-day management of NOAA’s national and international operations for ocean and atmospheric services, research and coastal and marine stewardship.

He played a significant role in the federal government’s response to most of the major oil pollution events of the past three decades, including the Exxon Valdez and New Carissa oil spills, and international events such as the IXTOC I oil-well blowout, Galápagos Island, and Persian Gulf War spills.

His most recent work, prior to his initial retirement from NOAA in January 2014, was in the role of Deputy Under Secretary for Operations at NOAA. In addition to the operational lead for the bureau, he had the lead on all Arctic-related issues on behalf of NOAA and the Department of Commerce.

Coming out of retirement in May 2014, Kennedy returned to NOAA in the role of Senior Policy Adviser for the Arctic Region in NOAA until January 2020.

The Australian Antarctic Science Council has a new Chair, with the appointment of Philip Clark AO to lead the organization.