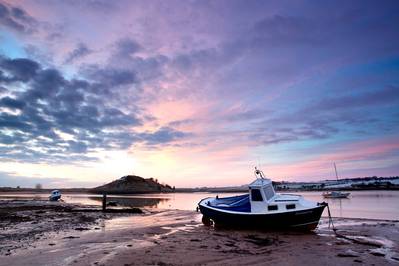 The U.K. Tidal API gives developers access to accurate data from the U.K.’s largest authoritative network of tidal stations, allowing them to build tidal height and time predictions into their own online applications. These predictions can be useful for a wide range of coastal activities, whether choosing the best time to go surfing and sailing around the U.K.’s beaches, or helping emergency services to plan resource placement and rescue operations.

As a center for hydrography, the UKHO provides marine geospatial data to inform maritime decisions around the world, and its portfolio of ADMIRALTY Maritime Data Solutions can be found on 90 percent of ships trading internationally. Its U.K. tidal database contains height data from over 600 tidal gauges around the U.K., making up the U.K.’s largest network of tidal stations. The database also includes over 40 stations in the Environment Agency's U.K. National Tidal Network and stations from Port Authorities at many of the U.K.'s primary and secondary ports. With access to all this data, applications will be able to generate tidal predictions for up to 6 days in advance at a wide range of locations across the U.K. coastline. The interface also allows developers to create applications that identify and locate over 600 U.K. tidal stations.

Having recently completed a beta testing process with key partners and technology companies including the National Coastwatch Institution, the ADMIRALTY API is now being released to the public.

Michelle Case, Product Manager at UKHO, commented, “We are pleased to be able to release this new ADMIRALTY API, giving developers easier access to the U.K.’s tidal data.

“We believe that data about our oceans has the potential to reshape the way that we preserve, use and benefit from them, so we are extremely excited to see how this tool is used. Going forward, we are committed to supporting businesses by working to provide access to the wide range of data we hold.”