EMILY may be a small unmanned surface vessel (USV), but she’s a big idea that keeps getting bigger.

EMILY is the Emergency Integrated Life-saving Lanyard, made Hydronalix of Sahuarita, Ariz.  It is a rugged, light-weight flotation device for up to six people that can also bring them back to shore and safety. The remotely-controlled USV can be rapidly deployed from the shore, off a bridge, or from a boat or aircraft to help people in danger of drowning.

EMILY was launched by Hydronalix CEO Tony Mulligan and Executive VP Bob Lautrup with a series of Navy sponsored Small Business Innovation Research (SBIR) investments starting as far back as 2001.  Mulligan has continued to develop and extend the company’s technology and its EMILY product line to provide multiple solutions to a wider array of problems.

The concept of a compact, battery-powered, water-jet propelled robot that’s designed to assist lifeguards in the event someone is drowning or in distress has become the basis for a number of other versions and capabilities, from gateway communications buoys, covert surveillance platforms, mine hunters and infrastructure inspection systems.

“About 18 years ago I worked on STTRs and SBIRs with a small company, Advanced Ceramic Research (ACR), which made unmanned aircraft that were used in Iraq and Afghanistan,” said Tony Brescia, a systems engineer with the Naval Air Warfare Center Aircraft Division at Patuxent River, Md.  “Some of the aircraft systems and technologies we developed together are still flying with the Air Force and NOAA.” 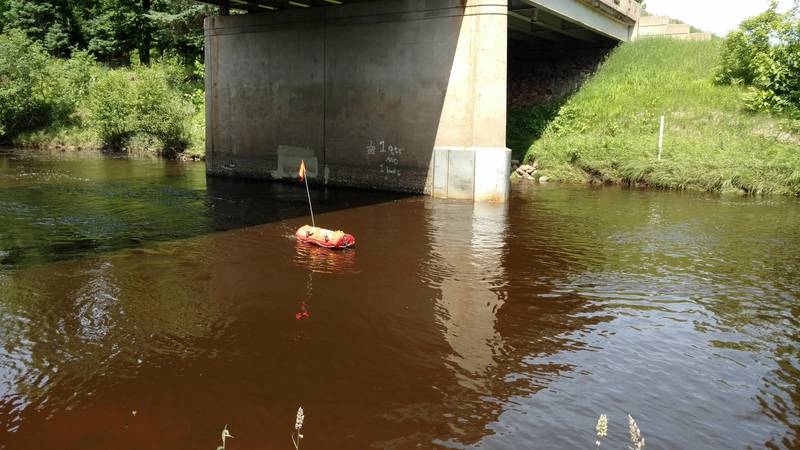 That small business was sold to a prime, and founder Mulligan, had a non-compete agreement that kept him out of UAVs.  But, Brescia said, the good ideas developed through the SBIR/STTR program have continued to evolve into more and better ideas.

Mulligan started another company that focused on unmanned surface vehicles.  Through the SBIR process of “extend derive and complete,” a number of the technologies that started out when Mulligan ran ACR continued to evolve and transition into work he was performing with his new company, Hydronalix.  That has helped the Navy and the military, but has led to commercial success for Hydronalix.  “The SBIR investments help us generate new technologies that create more growth on the commercial side.”

From those efforts came EMILY, just one of the products derived through this partnership with the Navy.  EMILY has captured the attention of the world, with hundreds of the lifesaving devices in use around the world.  The robotic system can reach people in distress faster than a swimmer or someone on a surfboard.  The brightly colored buoys weigh just 25 pounds and can travel at up to 22 miles per hours and a two-way radio, camera and lights for night missions. It can be thrown in the water, tossed off a boat or bridge, or dropped out of an airplane. The device has a tether so a swimmer in distress can grab it and be pulled to safety.

“This is not just for lifeguards,” said Paige Day, a retired fire chief who now works for Hydronalix.  “It’s for public safety agencies.  Not all police officers, firemen, fish and game wardens or park rangers are trained rescue swimmers, but they can perform a water rescue with this tool.”

The Rockaway Beach Volunteer Fire Department in Oregon, which now has two EMILYs, used EMILY to save an entire family caught in a rip current in 2019. 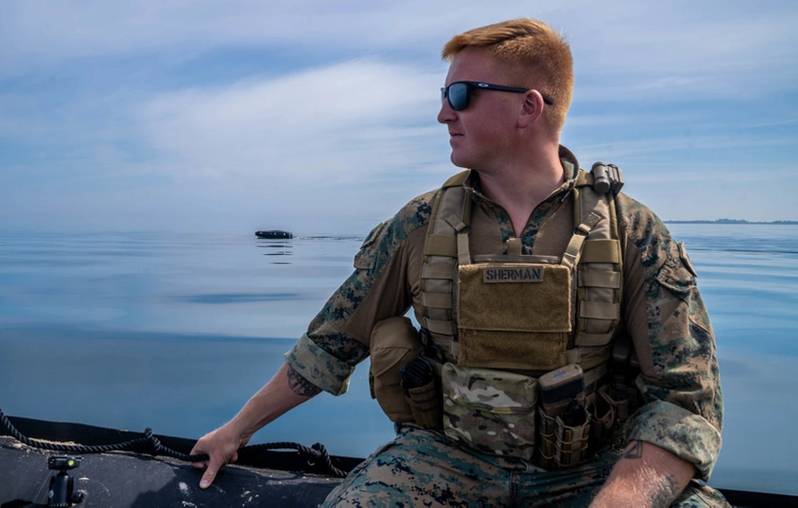 SBIR encourages small businesses to “complete; derive; and extend,” and EMILY has done just that.  Hydronalix keeps finding new uses.  The EMILY USV is now being outfitted with different sensors that can conduct a variety of missions.   In addition to the remote-controlled rescue EMILY, there’s an autonomous SONAR Search and Rescue EMILY, Police EMILY, and SPEEDoo Water Sampling EMILY that can test sewage or industrial waste for hazardous substances or to monitor natural events such as a red tide bloom.

A more powerful model called Swiftwater EMILY is being used by the U.S. Border Patrol to rescue people in the strong current of the Rio Grande River along the U.S,/Mexican border.

While underwater surveys often require a ship and sophisticated equipment, Sonar EMILY can be packed up and delivered quickly to a disaster area and put to work right away.

“Sonar EMILY can be used to create sonar maps of the sea floor or look for bodies or missing objects,” said Mulligan.  “After Hurricane Dorian struck the Bahamas in 2019, we used EMILY at Marsh Harbor to survey the channel to enable ships to navigate into ports to deliver relief supplies, then moved on to Baker’s Bay on Great Guana Cay.”

Sonar EMILY is being used to monitor the integrity of bridges in Michigan.  The Michigan Department of Transportation (MDOT) has a fleet of them.

''Any time we have a major storm event, inspectors are required to go out and monitor these bridges to make sure they're safe and that nothing catastrophic is going to happen to them,'' said Chad Skrocki, assistant bridge engineer for MDOT's Bay Region. “'In the past, scour inspections were difficult, especially during periods where water was surging.  We wanted to come up with a method that was safe and easy for inspectors to use.  Using the USV is much safer and less labor-intensive than traditional inspection methods for detecting scour.  Sonar EMILY provides a great deal of information, in real time, to the inspector about what is occurring to the channel bottom below the water surface around the bridge substructures.  The preliminary inspections can become far more efficient and then, if needed, we can use manned inspections to verify the things we've found with the USVs.”

Casey Collings, an engineer and diver with the Great Lakes Engineering Group (GLEG), a company that does bridge inspections for MDOT, and actually bought a Sonar EMILY for themselves, said Sonar EMILY provides valuable intelligence before the divers enter the water, especially when the water visibility is low.  “We may still have to dive, but now we know what we’re getting into. We save a lot of time. More importantly, it’s really important for diver safety,” says Collings. 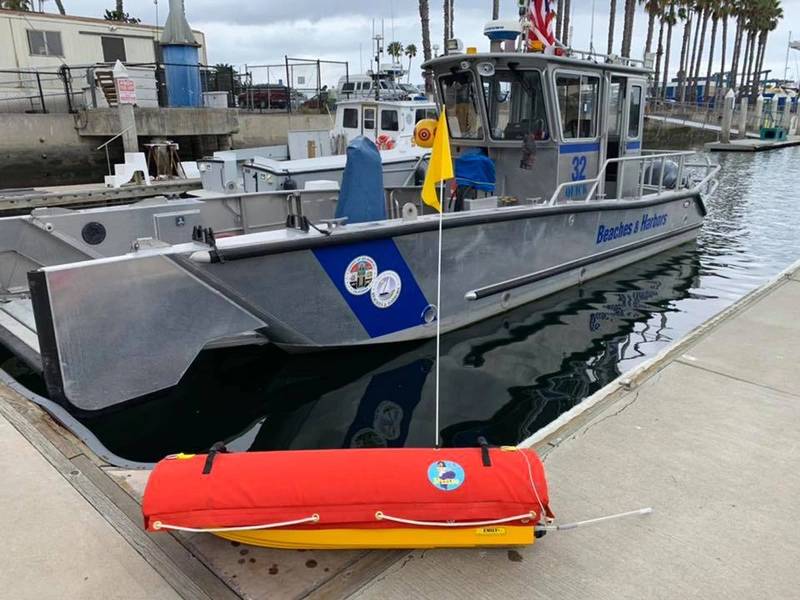 “EMILY is made of Kevlar and aircraft-grade composites.  It can handle a 30-foot wave. It can be thrown out of a helicopter or off bridges, Mulligan said.  “It’s virtually indestructible.”

EMILY has been used in Mongolia and Kazakhstan during floods, in Indonesia for tsunami response, and in Greece to rescue migrants.

With Office of Naval Research funding, EMILY has been upsized to a 65” and 75” Autonomous Mobile Bouy ISR platform called AMY with tracking cameras, radar, weather station, and sonar imaging.

Most recently, EMILY, AMY, and a pair of other Hydronalix solutions--NIX and ADAPT—were used in demonstrations as part of the  BALTOPS 2021 multi-national military exercises conducted in June in and around  the Baltic Sea.

AMY is a general purpose USV that can be customized with sensors above and below the surface, such as radar, cameras and sonar.  It can also serve as a gateway buoy to relay information from underwater vehicles to networks above the surface.  At 145 lbs., NIX is about the same size as AMY, but is faster (20 knots-plus), has longer endurance (24 hours) and can carry cargo as well as sensors.

The Hydronalix  UAV—ADAPT—complements the company’s boats.  ADAPT is low-cost (so much so it’s disposable), and can carry a small payload.  It requires no training or skill,” Mulligan said.  “You fly it with your cell phone.” 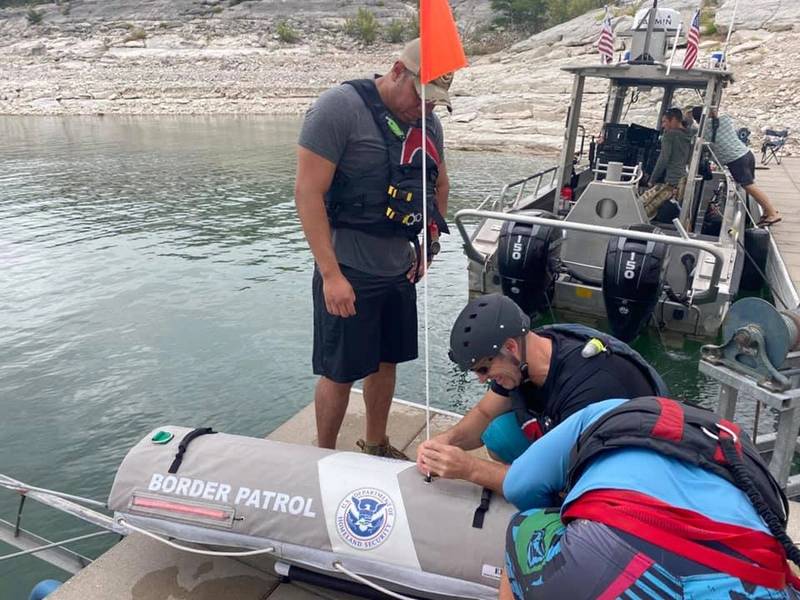