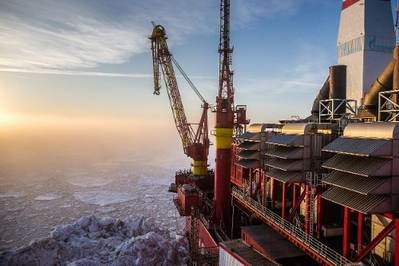 The European Parliament has passed a resolution calling for a protected area around the North Pole which could ban oil companies and industrial fishing fleets from the region, informs Greenpeace.

The move represents a clear break from the current positions of ‘Arctic Council’ members such as Norway, Denmark, Canada and Russia who have resisted calls for permanent protection of the Arctic region. In contrast, Finland, another Arctic state, recently adopted the sanctuary proposal as official policy.

“What happens in the Arctic matters to us all. I’m delighted by this news because it will spark a new conversation that we need to have together. By calling for a sanctuary around the North Pole, MEPs have responded to the millions of people who want to protect the Arctic for future generations.

“This is a direct challenge to the small group of countries who are rushing to open up the fragile Arctic for oil drilling and industrial fishing. The status quo is starting to crack, and this now demands a real response from those who see the melting Arctic simply as a new source of profit.”

The European Parliament also stressed the need for a binding agreement on pollution prevention at the Arctic Council – an international forum criticised by environmentalists for its closeness to the oil industry. According to Greenpeace, previous voluntary agreements on oil spill readiness have lacked teeth.