Equinor to Build CO2 Storage Under the Seabed 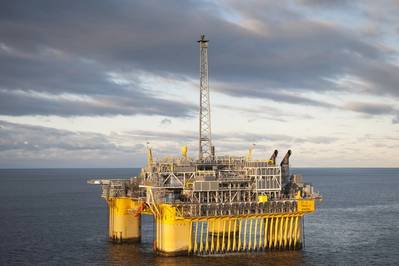 Equinor has won a license to develop carbon dioxide (CO2) storage under the North Sea, Norway's oil ministry said on Friday, part of a push to combat climate change.

Equinor is expected to submit a development plan this year, with parliament making a final decision in 2020 or 2021.

Proponents of carbon capture and storage (CCS) say countries need the technology to help fulfil pledges made around the time of the breakthrough Paris climate change agreement in 2015.

But environmentalists say is a costly technology that will perpetuate the status quo when rapid and deep cuts to energy use are needed to limit global warming.

The planned storage will be located near Norway's largest oil and gas field, Troll, and aims to be able to receive CO2 from onshore facilities, such as power or cement plants, to reduce emissions to the atmosphere.

Equinor and partners Shell and Total are working on front-end engineering and design (FEED)-studies, which should provide more accurate cost estimates.

The preliminary estimates from 2016 showed it could cost between 7.2 billion crowns ($852 million) to 12.6 billion crowns to establish a full CCS chain, including CO2 transportation by ships and the subsea storage.

Equinor said about 1.5 million tonnes of CO2 per year could be pumped for storage under the seabed during the first phase of the project, which could be later expanded.

If approved, the storage is expected to start operations in 2023 or 2024, Gassnova, a governmental agency in charge of developing the CCS project, said.