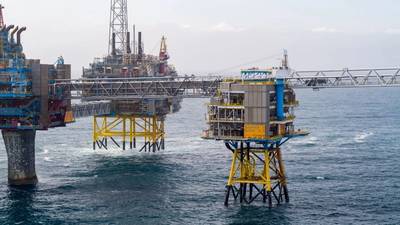 The Sleipner field in the North Sea. (Photo: Øyvind Gravås and Bo B. Randulff / Equinor ASA)

Norwegian energy company Equinor has made an investment decision to partly electrify the Sleipner field in the North Sea, offshore Norway.

Equinor, with its partners  Vår Energi, LOTOS and KUFPEC on Tuesday filed a revised plan for development and operation to the authorities.

Anders Opedal, Equinor’s Executive Vice President for Technology, Projects and Drilling: “Today, we are pleased to submit development plans for Sleipner electrification that will provide both ripple effects and major new emission cuts on the Norwegian continental shelf. This investment will contribute to further develop the NCS toward the goal of zero greenhouse gas emissions in 2050."

“Yesterday’s gratifying news that broad political agreement has been reached on temporary adjustments in the petroleum tax will provide the industry with the predictability it needs to continue work on planned projects that will stimulate new investments and maintain activity in a challenging period,” says Opedal. 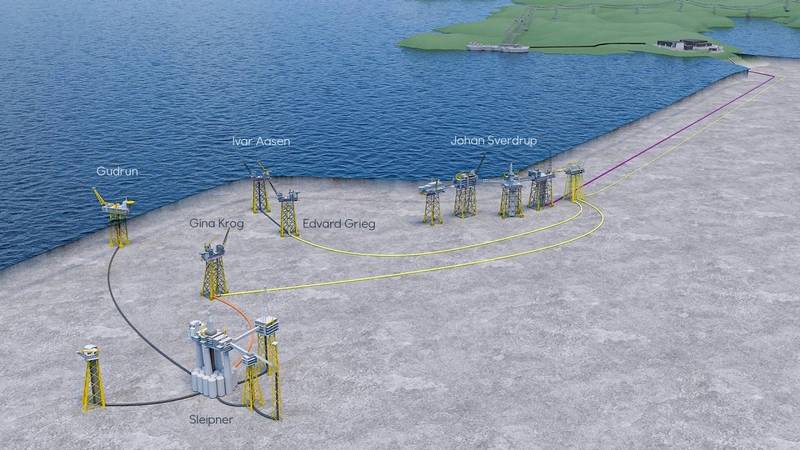 Illustration: Power from shore to the Utsira High and the Sleipner field center - Credit: Equinor.

According to Equinor, emissions savings from all the fields connected to the area solution on the Utsira High are estimated at around 1.15 million tonnes of CO₂ on average per year. Sleipner’s share of this reduction is expected to be more than 150,000 tonnes of CO₂ annually. The Business Sector’s NOx Fund will contribute up to NOK 430 million to realize partial electrification of Sleipner field center and the associated fields.

“Sleipner is an important field which contributes enormous values to Norwegian society. The field has also been at the very forefront of technological development and innovation, in part through capturing, injecting and storing more than 20 million tonnes of CO₂ since 1996. Therefore, it is extremely gratifying that the partners in the Sleipner licence have decided to further develop the field in line with our ambitious plans to reduce greenhouse gas emissions on the NCS,” says Arne Sigve Nylund, Executive Vice President for Development & Production Norway.

In October 2019, the Johan Sverdrup licence, together with the partners in Gina Krog, Ivar Aasen, Edvard Grieg and Sleipner with its tie-in fields, reached agreement on allocation of shore-based power from the Utsira High. Power from shore to the area solution is part of the second phase of the Johan Sverdrup development, and will be designed with an additional capacity of 35 MW in order to meet more new power needs in the time ahead.

Aibel to carry out the work

Aibel was awarded a FEED contract (front-end engineering and design) in October 2019 to electrify Sleipner. This contract has now been expanded to an EPCIC contract (engineering, procurement, construction, installation and commissioning).

The EPCIC contract is valued at around NOK 400 million and will yield about 170 man-years distributed over 2 years at Aibel’s office in Stavanger and at the yard in Haugesund. Equipment purchases from subcontractors are also expected to amount to around NOK 150 million. The contract is contingent on the authorities’ final approval of the amended plan for development and operation, Equinor said.

An investment decision has also been made for electrification of Gina Krog. This was a requirement from the authorities in connection with approval of the field’s plan for development and operation. The EPCIC contract to complete the work of electrifying Gina Krog has also been awarded to Aibel. The value of the contract is around NOK 160 million, and it will result in approx. 60 man-years distributed over 1.5 years, Equinor said.