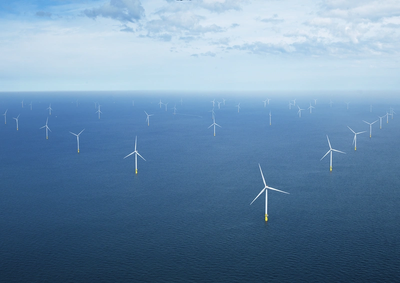 Offshore wind investments in the European Union and Britain in 2020 were more than double the level projected at the start of the year and should continue to grow in 2021, an industry group said on Wednesday.

"The investments we saw in 2020 were a lot higher than what we were expecting for the required build-out at this stage, so it is a very positive number," Brindley said.

Final investment decisions late in the year for projects like the Dogger Bank wind farm in the Netherlands boosted the final tally. Only around 10 to 15 offshore wind farm investment transactions a year are approved.

The two largest wind farms given the green light last year, Dogger Bank and Hollandse Kust Zuid, together raised almost 13 billion euros ($15.8 billion) in capital, about half the total amount.

Last year's boom in wind power projects in the EU and Britain came as countries work to meet climate targets and companies are incentivized to invest in renewables.

The increase in offshore wind farm investments during the coronavirus pandemic runs counter to the trend in conventional energy, and has hopefully "galvanized" companies into expanding investments in the future, Brindley said.

But while investment has been strong, construction and development of offshore wind farms have faced delays and complications due to the on-going pandemic.

The recent rise in the European carbon price should have an overall beneficial impact on future wind farm investments if prices remain stable in the medium- to long-term, Brindley said.

While price volatility can dissuade financial institutions from investments, a higher average base carbon and power price would raise the profitability of new investments, he said.

DeepGreen Metals, an EV battery metals maker, said on Thursday that it will be acquired by blank-check firm Sustainable Opportunities…