First Manned Dive to the Titanic in 14 Years

A groundbreaking expedition in early August led a team of experts and scientists 3,810 meters below the ocean's surface to the Titanic's final resting place at the murky depths of the North Atlantic Ocean.

The series of five dives over eight days aboard a high-tech Triton 36,000/2 manned submersible Limiting Factor were the first to carry humans to the historic wreck site in 14 years.

Patrick Lahey, Triton Submarines president and Co-Founder, and pilot for three of the five dives, said, “The most fascinating aspect was seeing how the Titanic is being consumed by the ocean and returning to its elemental form while providing refuge for a remarkably diverse number of animals.” 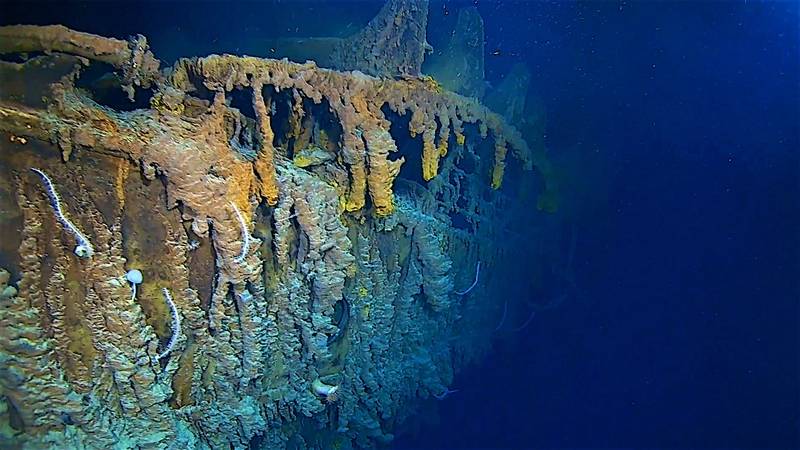 The dive team examined the vessel remains using specially adapted 4K cameras and performed photogrammetry passes that will be used to create highly accurate and photoreal 3D wreck models. These will help researchers to assess the RMS Titanic’s current condition and project its future, and enable the wreck to be visualized using augmented reality (AR) and virtual reality (VR) technology.

Scientists intend to publish the full results alongside a documentary film being made by Atlantic Productions London.

The RMS Titanic sank after striking an iceberg during its maiden voyage in 1912, leading to the deaths of 1,517 of the 2,223 people on board, in one of the largest and most well-known maritime tragedies.

While on the wreck site, the team aboard Limiting Factor laid a wreath and held a ceremony in honor of the deceased.

Victor Vescovo, CEO of Caladan Oceanic and the submersible’s chief pilot, said, “We are so pleased that we were able to repeatedly take the Limiting Factor down to the most historic ship lying on the ocean floor. Our success on Titanic clearly demonstrates we now have a proven system that can easily and repeatedly visit any ocean wreck, at any depth, anywhere in the world, and study it in detail. We’re seriously thinking about where to take her next.”

Vescovo has been piloting Limiting Factor to the deepest ocean depths across the globe, including a mission earlier this year to the bottom of the Puerto Rico Trench, more than 8,300 meters below the surface – the deepest ever solo human submersible dive.