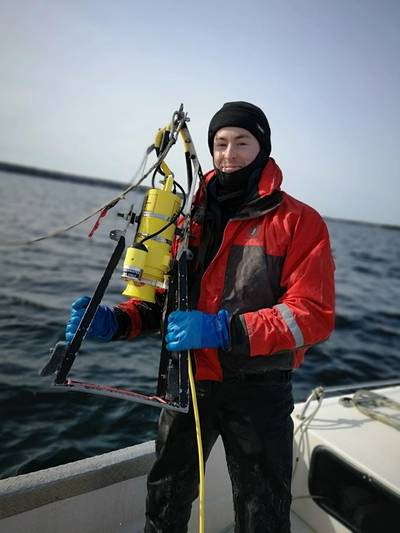 “The study of fish in the sea may be the most necessary of all our oceanographic researches because we shall increasingly be made to turn to the sea as a vast food producer by the increase in the population of the world.” - T.F. Gaskel

Aquaculture specialists perform their research to gain knowledge and develop their skills in the farming of aquatic life and to better understand the necessary tasks for the preservation of these species. The United Nations Food and Agriculture Organization (FAO) has determined that 50% of the world’s food-fish come from aquaculture fish farms. With a skyrocketing global population and food demands growing at an incredible rate, the aquaculture specialist’s job is no easy task. The first necessity is having the “right tools for the job,” and this is where JW Fishers’ 50+ years of experience manufacturing underwater search equipment comes into play. JW Fishers’ underwater video systems are a perfect tool for underwater research. The DV-2 dropped video system is a clear example of a video system that can be mounted in a frame and set on the floor of the ocean for fish observations in their natural habitat. The DV-2 comes standard with two 1200 lumen LED lights, 150’ of Kevlar reinforced cable and a 500’ depth rated housing.

Sweeney International Marine Corp. and SIMCorp Marine Environmental Inc., operating under the umbrella of SIMCorp, are professional companies with extensive experience in the field of aquaculture. SIMCorp operates out of two locations; New Brunswick, Nova Scotia and Newfoundland. The company provides a full range of aquaculture management services to support the long-term economic and environmental sustainability of the industry.

SIMCorp has several teams of professional Marine Environmental Biologists and Technicians, who are fully equipped to work with customers on all aspects of aquaculture production as it relates to environmental sustainability. A recent operation was completed off the Atlantic coast of Nova Scotia where the SIMCorp field crew was conducting a baseline benthic habitat survey (ocean mapping). The team’s experience speaks for itself as Senior Project Manager Bob Sweeney’s summary perfectly describes the precision, accuracy, and quality of our underwater systems: “the majority of our work is with the fish farming sector, Atlantic salmon and Rainbow trout, throughout Atlantic Canada where we are working on both proposed and existing aquaculture sites at depths of 20m to 300m. In this particular case, an aquaculture producer retained our services to initially scope an area to assess its potential for aquaculture development. Following the scoping exercise, we were once again asked to conduct a detailed benthic habitat survey. These surveys are conducted in accordance with Standard Operating Procedures (SOPs) established by the regulatory authorities requiring that we install the DV-2 in a measured frame to give scale to what is being filmed on the seafloor.  There must be adequate light and resolution to not only characterize the sediment type but to also positively identify flora and fauna to a scale of 1cm. The DV-2 underwater video footage complete with the date-timestamp and GPS overlay is especially critical to our surveys.  The geo-referenced data inputs into a complex model that predicts the depositional contours of the aquaculture operation as well as a comprehensive Habitat Map of the seafloor.

All of this data, along with the video footage, is included in the reports prepared for our clients who in-turn submits the survey results to the regulatory authorities. Very simply put, the JW Fishers DV-2 along with the VRM-2 Video Recording Monitor meets all of our expectations and for that reason we will be acquiring another system.”

SIMCorp did just that, and as of April 2019 were operating another complete DV-2 system.