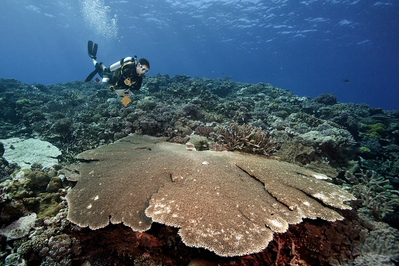 The Khaled bin Sultan Living Oceans Foundation has published their findings from extensive coral reef surveys conducted in the Kingdom of Tonga. The Global Reef Expedition: Kingdom of Tonga Final Report contains critical information on the health and resiliency of coral reef ecosystems in Tonga, and provides scientists, policymakers, and stakeholders with invaluable information they can use to protect these fragile marine ecosystems.

“Since Tonga is a developing country, about 66% of the total population’s livelihood depends upon seafood,” said Apai Moala, a Senior Geologist Assistant at the Ministry of Lands & Natural Resources (MLNR) who participated in the research mission. “I do believe that with more information and better understanding by the people about the importance of marine life, we can minimize destructive activities and negative effects that might happen to reefs in the near future.”

In 2013, scientists on the Global Reef Expedition—the largest coral reef survey and mapping expedition in history—came to Tonga to work with local partners and government officials to assess the health of the reef. Representatives from the Ministry of Lands, Environment, Climate Change and Natural Resources; the Ministry of Agriculture, Forests and Fisheries; and the Vava’u Environmental Protection Association (VEPA) joined over a dozen scientists from around the world on the month-long research mission in Tonga, and helped the Foundation conduct numerous coral reef outreach and education activities with local schoolchildren and community members.

On the Global Reef Expedition mission to Tonga, scientists conducted nearly 500 surveys of coral reefs and reef fish around three of Tonga’s island groups: Ha’apai, Vava’u, and Niua. They also collected over 2,200 km2 of satellite imagery to develop detailed habitat and bathymetric maps of the seafloor.

The report released summarizes the Foundation’s findings from the research expedition along with recommendations for preserving Tonga’s coral reefs into the future.

They found that coral reefs in the Kingdom of Tonga were moderately healthy, but the reef fish and invertebrate communities were in need of attention. At the time the surveys were conducted, some reefs had lower coral cover than expected, but it was the fish communities that were of greatest concern to the scientists. Although there were many kinds of fish seen on reefs in Tonga, the fish were small. Few large and commercially valuable fish remained. But with continued fisheries management, there is hope these reefs can recover.

“The coral reef fish communities we observed in Tonga were dominated by small fish considered low on the food chain, raising concern for the long-term sustainability of the fishery,” said Renee Carlton, author and Marine Ecologist for the Foundation. “We saw very few fish that are particularly important to local fishers, such as parrotfish, emperors, snapper, and groupers. Our findings highlight the importance of marine conservation already happening in Tonga, and expanding management efforts to even in the most remote regions of the country.”

The report commends the Kingdom of Tonga for the substantial work they have done in establishing Specially Managed Areas (SMAs) and Fish Habitat Reserves (FHRs) and recommends they continue and expand these efforts. Some of the specific recommendations made in the report include providing education on the importance of establishing SMAs and the benefits they provide to local fishermen, improving documentation of fish catch, encouraging sustainable fishing practices in Niuatoputapu, and protecting the reefs surrounding the northern Niua islands from larger fishing vessels. With the establishment of additional SMAs and FHRs, and continued enforcement of those that already exist, Tonga’s fisheries resources can be protected and sustainably used by the people of Tonga for generations to come.

Alexandra Dempsey, Director of Science Management for the Foundation and one of the report’s authors, acknowledges that that Tonga’s reefs may have changed since the Expedition, but the report still provides valuable data on the state of the reefs at a point in time. “Our hope is that the data included in this report will be used by the people of Tonga to help protect their coral reefs.” 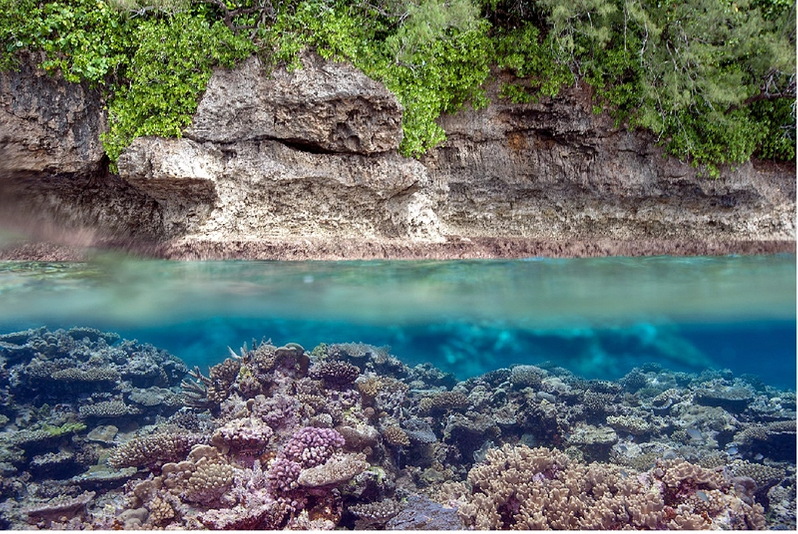