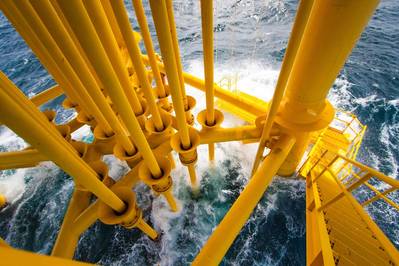 RTIES manufactures production riser technologies for deepwater applications within the offshore oil and gas industry, and according to Hunting, is unique within the industry as the only supplier of titanium stress joints. An operating subsidiary of lightweight metals engineering and manufacturing company Arconic, RTIES also performs fabrication and precision machining as well as inspection and maintenance services

RTIES, which has historically focused its business on the Gulf of Mexico, operates from a single site facility in Houston, with 87,000 square feet of covered operating floor space, and currently employs 21 personnel.

Hunting said it anticipates that key members of the senior management team will continue with the company.

Hunting noted that RTIES is currently loss making, but said its management is optimistic of securing market opportunities to deliver returns going forward.

Jim Johnson, Hunting Chief Executive said, “Given the new offshore deepwater projects being commissioned within the US, Brazil and Guyana, RTIES, which will sit alongside and complement our subsea operations, will provide Hunting with an enlarged product offering into the recovering deepwater offshore market.

“The transaction also delivers on our stated strategic goal of targeting investments in differentiated technologies to enhance our value proposition for the offshore oil and gas industry.”

Hunting’s valuation of the RTIES balance sheet has net assets of approximately $13 million.

In a First, ROVOP Inspects Offshore Installation via Video Link