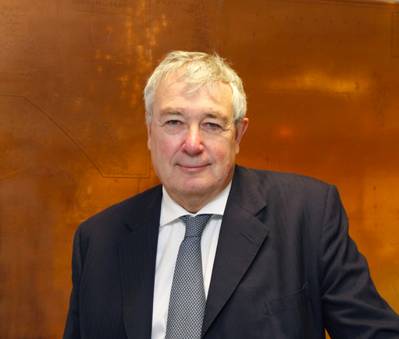 Adam is currently Chairman of the British Screen Advisory Council, Digital Radio UK, and the Authors’ Licensing and Collecting Society. He is also on the Board of Trustees for The Sixteen, one of the U.K.’s leading choral groups.

Adam has worked in broadcasting and telecoms in the U.K., U.S., France and Japan. He launched the Discovery Channel in Europe, helped create UKTV with the BBC and is a former Chairman and CEO of Flextech plc. He was also Chief Operating Officer of TCI international a company with worldwide cable and programming investments. He was CEO of the Performing Rights Society and Deputy Chair of the Ofcom Content Board.

As an Executive Agency of the Ministry of Defence, the UKHO provides navigational services for the Royal Navy and merchant mariners to save and protect lives at sea. It produces a worldwide series of nautical charts and publications under the Admiralty brand, sold globally and used by nearly 70 percent of international shipping.

Commenting on his appointment Adam said, "UKHO is one of Britain's most important information businesses. To be asked to Chair an organisation with over 200 years of history, that contributes to national security and wealth, as it moves into a digital age is quite a privilege."

Ian Moncrieff CBE, Chief Executive of UKHO added “Adam is an experienced Chair who brings a wealth of international media and information sector experience to our Board and a track-record of reading technological trends and how they can affect established businesses. I look forward to working with him in his new role as we work together to ensure the long-term sustainability of the UKHO and the safety critical information services we provide to mariners around the globe.”