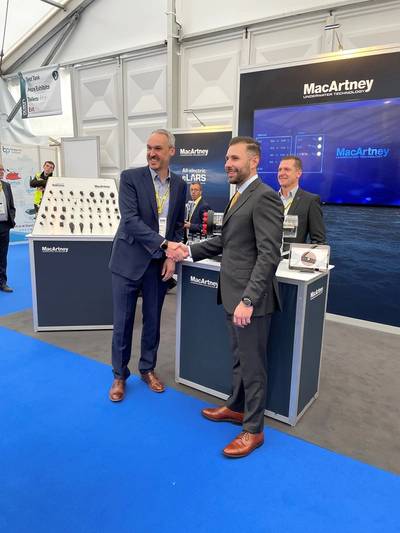 MacArtney announced the launch of the NEXUS 8 at Ocean Business 2021 ongoing now in Southampton, UK, the latest addition to the NEXUS multiplexer family.

Subsea Technology & Rentals (STR) have been investing in MacArtney multiplexers for several years and are the first to invest in the NEXUS 8. Since STR's original investment for the Nexus MK IV Multiplexer and Nexus MK VI (HD) Multiplexer systems, both STR and MacArtney collaborated on design, development and the launch of the Nexus MK-C. The NEXUS 8 is a natural progression for MacArtney and STR to offer to its customers, and these systems will be operational in the offshore energy industry from all STR's facilities Aberdeen, Great Yarmouth, Houston, Perth and Singapore.

STR have been going through a period of international growth over the last four years, opening new offices in Aberdeen, Houston, Perth and Singapore. A growth pattern that aligns with the global footprint of MacArtney. Both companies are successfully making a smooth transition from the offshore oil and gas industries to offshore renewables.

Offshore wind is regarded as being a particularly exciting area, with global expansion gathering pace. Areas such as the East Coast of the USA and Taiwan are seeing intense development, and increasingly sophisticated systems are being used to map out sites for wind farms, followed by construction and servicing in hostile environments, exploiting technologies developed originally for the oil and gas industry.