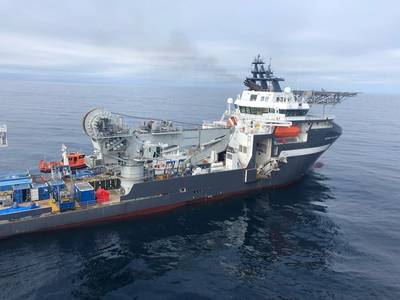 Following the fast-tracked development of project specific procedures by the project delivery team, JF Subtech chartered the offshore construction vessel Olympic Challenger and mobilized a team of 35 offshore personnel to safely execute the scope of work.

The scope of work included the removal of an existing thruster by lowering it through the GPIII hull, followed by subsea transfer and recovery to the deck of the diving support vessel (DSV), with the reverse process being implemented to install the replacement unit. The program also included the inspection and replacement of the starboard forward linear loop anode and reference electrode, part of the vessel’s impressed current cathodic protection system.

Following the project, JF Subtech signed an additional air diving contract with NEO Energy to carry out further work on the GPIII vessel, expected to commence later this year.