The war in the Ukraine, and the recent sabotage of the Nordstream underwater pipelines in the Baltic Sea, is bringing increased focus on the growing demand for underwater technologies capable of providing seabed intelligence, when and where it is most needed.

Kraken Robotics is squarely focused on this market, with a suite of technologies designed to enhance image quality and reduce the time of traditional seabed surveys, providing actionable seabed intelligence in a timely manner.

The company reports that KATFISH is gaining traction in the defense and commercial markets as a valuable solution for seabed intelligence. KATFISH is a high speed, actively stabilized Synthetic Aperture Sonar (SAS) towfish that operates at speeds up to 10 knots. The high-speed capability, and constant resolution of KATFISH greatly increases Area Coverage Rates (ACR) by providing more useable data than traditional Side Scan Sonars. KATFISH provides range-independent constant resolutions of 3 cm x 3 cm and area coverage rates (ACR) of up to 4 km2/hour, with swaths of up to 400 meters, including simultaneous full swath 3D bathymetry.  With post processing, a 1.9 cm x 2.1 cm constant resolution imagery is available.

KATFISH has been successfully integrated and deployed on over a dozen unique manned and unmanned vessels ranging in length from 12m to 80m.  This included technology demonstrations in the United States at the Advanced Naval Technology Expo (ANTX) and Trident Warrior, at the WISEX event in the United Kingdom, as well as sales and integration with government defense customers and prime contractors in Israel, the United States, Germany, Poland, and Denmark. By the end of 2022, Kraken will have delivered six KATFISH systems to NATO Navies, as well as spare parts and comprehensive training programs. 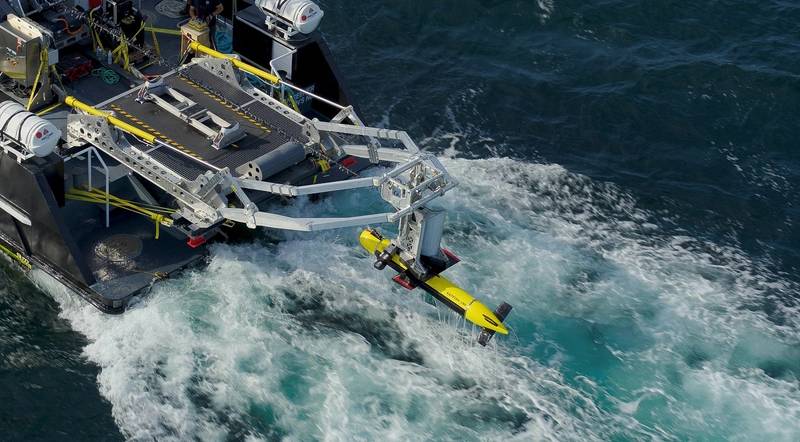 Kraken reports that it is seeing strong growth in defense market opportunities for KATFISH driven by several factors with the most dominant being technology obsolescence, magnified by the tense geopolitical climate. On the geopolitical front, the war between Russia and Ukraine has placed an increased focus on the defense market and defense technologies, with most NATO countries planning to accelerate defense spending. In addition, other areas around the globe, from the Middle East to the South China Sea and the Arctic will continue to be keen areas of focus amongst the world’s major powers driving continued strong spending in next generation seabed intelligence solutions like KATFISH.

While not a new threat, seabed infrastructure protection is once again front and center following the recent Baltic pipeline leaks. Every nation is now acutely aware of the threat and potential impact of various state and non-state actors engaging in sabotage of energy and communications infrastructure on, or beneath, the seafloor. Today, more than 400 undersea data cables carry about 98% of international internet data and telephone traffic around the world. With so many nations depending on the thousands of kilometers of subsea pipelines, power, and communications cables that traverse the ocean floor, there is a real and present danger of sabotage to subsea infrastructure.

The threat of subsea explosive ordinance is an asymmetrical threat where low-cost mines and explosives can damage and destroy critical assets, be they subsea pipelines or multi-billion-dollar navy ships. The majority of mine-hunting vessels in service today are rapidly reaching end-of-life or becoming obsolete. Industry data highlights that of the more than 300 mine-hunting vessels in service in Europe, Asia-Pacific and the Middle East/North Africa, 70%+ are over 20 years old. In North America, the mine hunting fleet faces similar challenges. Most navies around the world are moving ahead or planning to move ahead with major technology renewals or replacements. With this industry upgrade cycle in progress, Kraken is well positioned to provide a variety of solutions. 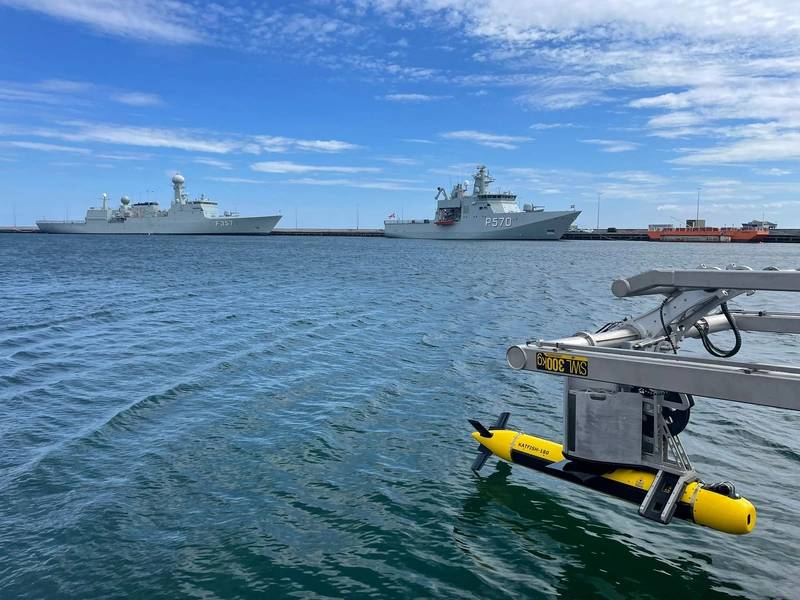 Being a dual use technology, the KATFISH value proposition is also gaining traction in the commercial markets with new customers in offshore oil and gas, power, and offshore wind. Kraken brings the ability to generate ultra-high-resolution data at high area coverage rates resulting in more economic data acquisition costs for customers. In the commercial markets, customers are looking for KATFISH as a turnkey service offering, unique from the defense sector which generally opts to operate KATFISH themselves.

Tthe build out of offshore wind energy over the next decade and beyond will drive significant opportunities as the seabed and sub-seabed has to be mapped and imaged in high resolution before, during and after the construction of these subsea infrastructure projects. Platforms and sensors from Kraken will provide key technologies to help decision makers lower risk and build and maintain offshore wind farms economically. 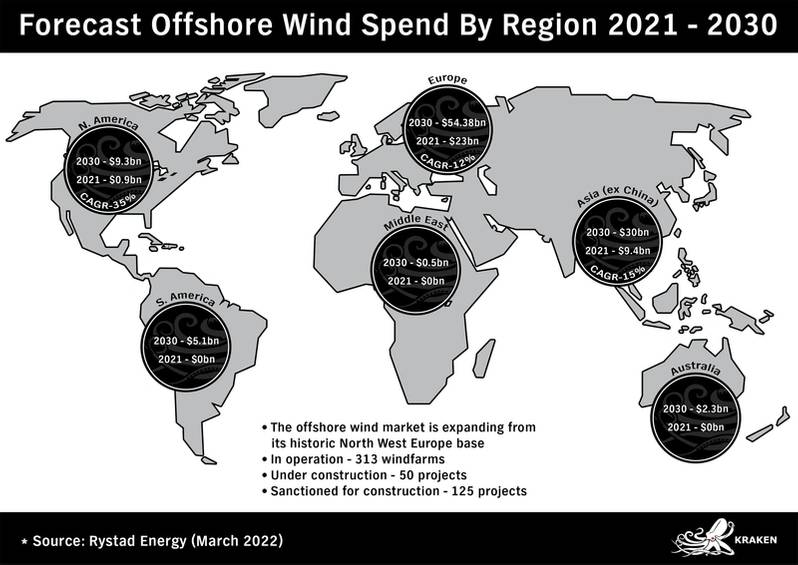 Kraken Robotics  has secured a $1.1 million purchase order from an unnamed customer for several of its AquaPix synthetic aperture sonars SAS).