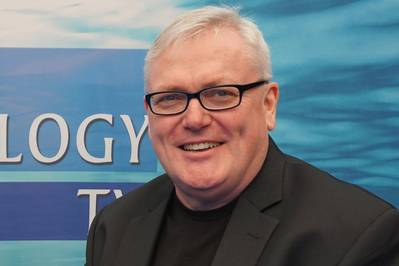 OceanVision is a three-year, $18.8 million project focused on the development of new marine technologies and products to enable an underwater robotics data acquisition and data analytics as a service business. Under the OceanVision project, Canada's Ocean Supercluster will provide an investment up to $6.3 million, with the balance of project funding to be provided by other government agencies, industry partners and Kraken.

Kraken has incurred significant effort to move this project forward since receiving conditional approval at the end of June 2019. These activities have included the hiring of 20 new employees in Canada, continued development of new product initiatives including Multi-Spectral synthetic aperture sonar (SAS), SeaVision laser scanners and ThunderFish autonomous underwater vehicle (AUV) and the pursuit of a new robotics as a service joint venture business. In October 2019, Kraken completed its first offshore survey campaign for the OceanVision project, deploying its sensors and unmanned underwater platforms to conduct ultra-high definition seabed imaging and mapping on the Grand Banks of Newfoundland and other areas of Atlantic Canada.

Over the next 30 months, this funding will allow Kraken and its partners to develop new technologies and provide high resolution seafloor imaging and mapping covering more than 5,000 square kilometers around Atlantic Canada. Kraken and its partners will leverage key enabling technologies (unmanned maritime vehicles, advanced sensors, robotics, autonomous systems, big data machine learning and predictive analytics) to deploy innovative technology platforms across ocean sectors and extend the global reach and market opportunities for Kraken and our partners.

Karl Kenny, Kraken's President & CEO said, "We are excited to finalize the contracting stage for our OceanVision project. We have made significant investments since the initial announcement in June 2019 and look forward to development of new technologies that will be incorporated into our robotics as a service and data as a service business models.”

Petronas Research, a subsidiary of the Malaysian oil and gas giant Petronas, has joined a joint industry project to develop and test a low-cost, topsi