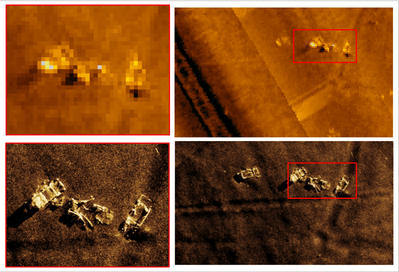 Canadian marine robotics company Kraken Robotics Inc. has successfully completed a Robotics as a Service (RaaS) contract with the Royal Canadian Navy, for the testing of Kraken’s ultra-high-resolution survey equipment.

This $0.5 million contract was funded under the government of Canada’s Innovative Solutions Canada program, and the testing department for this service offering was the Royal Canadian Navy's Fleet Diving Unit Atlantic (FDU-A) based in Halifax, Nova Scotia.

The Royal Canadian Navy has a mandate to develop and maintain an advanced sonar imaging and data storage capability for all three coasts, and to deploy this capability to national and international areas of interest.

According to Kraken Robotics, the contract provided the Royal Canadian Navy FDU-A access to cutting-edge technology and high-resolution seabed data.

"Throughout the course of the contract, Kraken’s team successfully demonstrated that the range, area coverage rates, and resolution of Kraken’s KATFISH and LW-SAS systems met or exceeded target specifications. Furthermore, the Kraken and FDU-A teams worked closely on integration of the payload, demonstrating that the LW-SAS can be installed and removed from vehicles in the field. Finally, the FDU-A team was trained on using Kraken’s cloud-based post mission analysis tools for interrogating data following mission completion, and for conducting change detection," Kraken said. 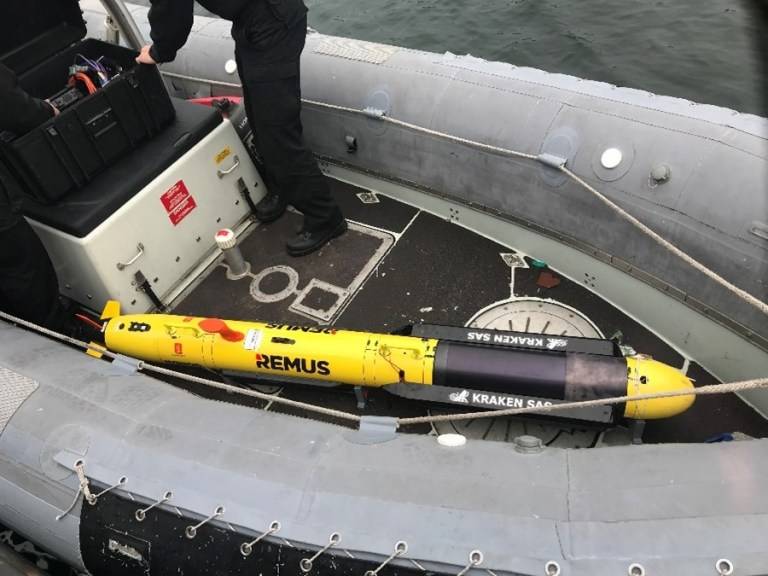 Kraken’s LW-SAS Installed onto an RCN UUV - Credit: Kraken RoboticsCommenting on the completion of the contract, Karl Kenny, Kraken President and CEO said: "Kraken is excited to be once again working closely with our own RCN as an ‘Early Adopter’ to augment existing RCN Route Survey capabilities with a service offering based on the latest SAS technology available. The experience of working side by side with our FDU operators provided invaluable feedback to our engineers and technicians, and the RCN’s evaluation will serve as an excellent reference for a global offering, in particular to other NATO allies. Furthermore, the RCN’s objective comparison of the data from our RaaS offering against legacy sonar data provided demonstrative evidence of the superior image resolution and accuracy of Kraken survey data.”

Lieutenant Commander Neville Lockyer, Commanding Officer of Fleet Diving Unit (Atlantic), said: “Our members are fully trained in Naval Mine Countermeasures and seabed searches, and are always excited to be able to test and evaluate innovative Canadian technology. We want our teams to have their hands on the best equipment available in order to safely and effectively complete the mission. Based on the performance of Kraken’s equipment during this evaluation, what we tested was the best equipment available.” 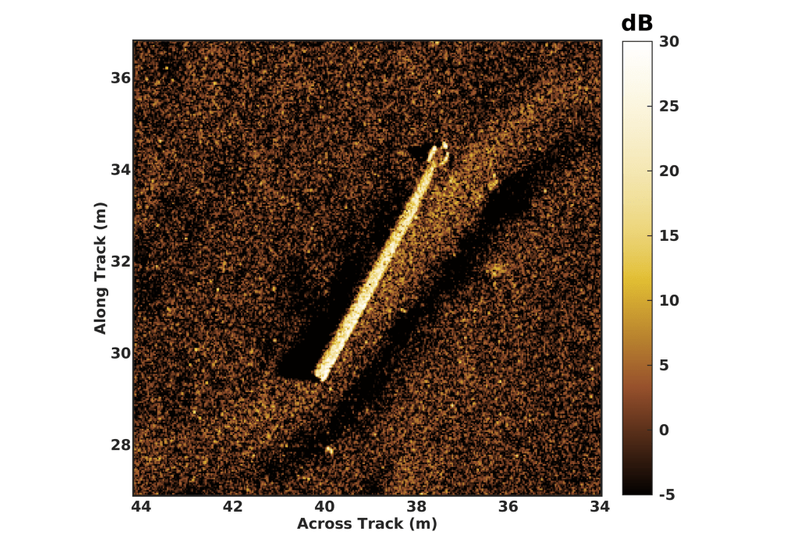 An Object of Interest Located During the Testing Phase - Credit: Kraken Robotics Commander Roland Leyte, Director of Diving Safety (D DIV S), said: “By embracing the ISC TS program, the RCN is able to test and trial high-tech, advanced, state of the art equipment to determine its viability and future employability in various areas of warfare. Partnering with Kraken Robotics to utilize Robotics as a Service allowed the RCN’s Seabed Intervention Systems  department, as the end-users, to employ a superior SAS system on an already in-service UUV, the REMUS 100, to achieve a much higher definition resolution image. The trial and the partnership were very successful in integrating the SAS with the REMUS 100, and in demonstrating that increased resolution tremendously improved object identification and change detection.”
Kraken said it believed its RaaS offering can provide significant benefits to other navies around the world.

Both RCN operating bases, MARLANT (Maritime Forces Atlantic) and MARPAC (Maritime Forces Pacific) are mandated to maintain Q-routes (safe passage lanes along the coasts and into designated harbors, of Canadian waters) on an annual basis.

Kraken said its technology can be deployed to assist the RCN in mapping areas of interest ahead of regular exercises and operations, with the image quality required to enable change detection and optimize revisit rates. This has the potential to provide the RCN with a competitive edge for detecting bottom objects in complex seabeds, the robotics firm added.

Also, Kraken said its technology and service application can augment route survey activities while simultaneously supporting nearshore hydrographic mapping and charting requirements on an annual basis with the high-definition resolution, freeing up valuable Navy assets for other mission-critical functions