Kraken Signs CRADA on Pressure Tolerant Batteries with US Navy 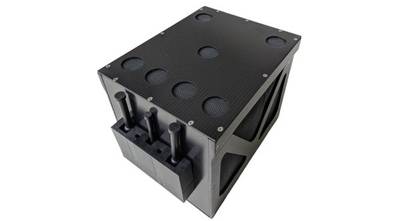 Under the CRADA, the Battery Certification and Integration Branch, Code 636 of NSWC Carderock, will test Kraken’s pressure tolerant lithium-ion batteries. The testing is expected to take four months to complete and is expected to start in calendar Q3 of this year.

Kraken President & CEO Karl Kenny said: "We are excited to enter into a CRADA with NSWC Carderock. Since 2018, we have delivered our 6000-meter pressure tolerant batteries to several US and foreign customers including US defense customers.

"We hope this CRADA and testing with NSWC Carderock, which has significant experience with Navy safety requirements, will help increase adoption of Kraken’s pressure tolerant batteries into US Navy programs of record and sales with US Navy defense contractors.”

According to Kraken, Code 636 possesses capabilities and expertise covering all aspects of power source development and deployment, ranging from generation of the initial battery design, through development and prototyping, acquisition and testing, to introduction to the Fleet.

Results of the testing can be used to inform further design iterations as well as to promote interest in the battery design by US Navy program offices who might benefit from having this battery technology for use in current and future underwater systems.